What?!? Steve Yzerman with an absolute steal! 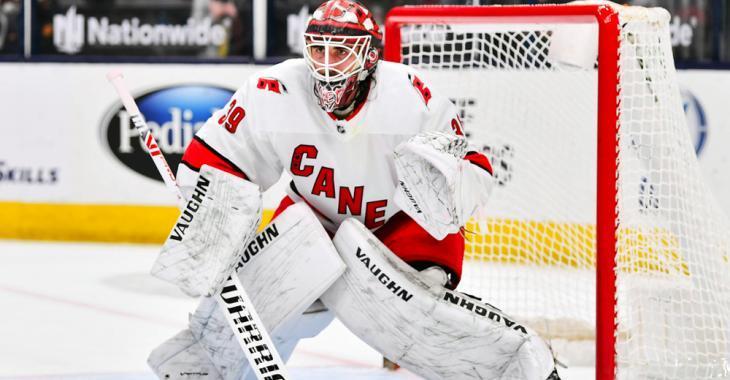 This just in, the Detroit Red Wings have reportedly acquired goaltender Alex Nedeljkovic from the Carolina Hurricanes in exchange for pending free agent Jonathan Bernier and a 3rd round pick.

This... this is a real head scratcher and a total win for Steve Yzerman and the Red Wings.

According to NHL insider Chris Johnston, the Hurricanes elected to move on from Nedeljkovic because of their concern over what his salary might be pending the results of offseason arbitration. Nedeljkovic is expected to receive a deal somewhere in the neighbourhood of $3.5 million per season moving forward.

You know what? That makes total sense to me. $3.5 million per season on a relatively short term deal seems like a good salary for a guy who just cemented himself as an everyday NHL starter and who received significant support for the Calder Trophy as NHL rookie of the year. Great pick up by Yzerman and the Red Wings and yet another example that money will always be at the root of decision making for Hurricanes owner Tom Dundon.

The 25 year old Nedeljkovic posted a sparkling .932 save percentage and 1.90 goals against average in 23 games with the Hurricanes this past season, his rookie season. To me, he looks like a guy with a ton of potential and has the makings of a perfect fit for the Red Wings moving forward. At 25 years old and with some experience in the AHL he won't be one of the team's young guns, but he's young enough that he can grow and develop with this team's core over the next 5-7 seasons. Again... what a solid get by Yzerman and the Red Wings. It'll be interesting to see what sort of contract he earns this offseason.

UPDATE: The Red Wings have signed Nedeljkovic to a two year deal worth $3 million per season.

For the record, that report comes directly from Nedeljkovic's agent Rich Evans.

That's... that's absolutely perfect. What a tidy bit of business for the Red Wings today. Yzerman is starting this offseason with a bang and frankly I'm excited to see what other changes he makes as the summer progresses.

Newhook shocks everyone with a snipe just 57 seconds in

Rumor: Ducks captain Ryan Getzlaf could be on the move.
Subscibe to
Our NEWSLETTER
Receive the best articles of the web directly in your email