NHL News : Tortorella under fire after another controversial benching.

Tortorella wearing out his welcome. 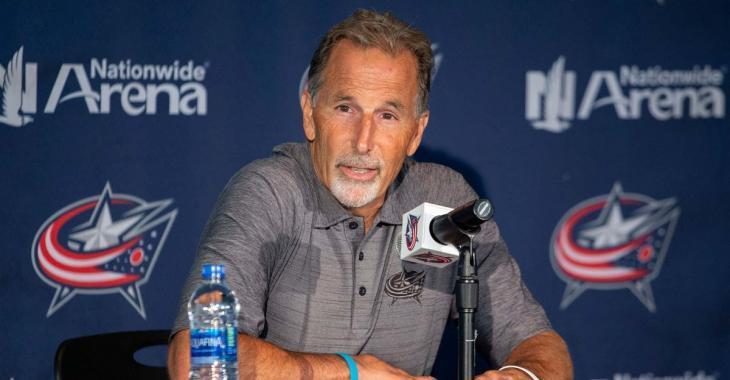 The situation with the Columbus Blue Jackets and head coach John Tortorella has been one of the most interesting to watch unfold. At times it has felt like a true battle between a more old school style of coach and the modern player one can find in the National Hockey League, and as a result I feel like Tortorella has actually earned the admiration of a certain segment of the NHL's fan base.

I would argue however that the situation has caused far more frustration than admiration for fans of the Blue Jackets, and on Saturday that frustration was on full display once again after another controversial decision from the polarizing head coach. It was revealed on Saturday that forward Jack Roslovic, the team's second leading scorer and a piece acquired as part of the Patrik Laine - Pierre Luc Dubois trade, would be sidelined and Blue Jackets insider Aaron Portzline has been able to confirm that the decision has come from Tortorella.

Portzline confirmed on Saturday that Roslovic has been made a healthy scratch by Tortorella, this as the Blue Jackets prepare to face off against a pretty tough Florida Panthers team on saturday evening. The move is a head scratching one not only because Roslovic has been a very solid contributor since being acquired in the trade, I suspect he has outperformed all expectations both organizationally and as far as the fan base is concerned, but also due to the fact that the Blue Jackets are in the middle of a fight for their playoff lives in the NHL's Central Division with both the Chicago Blackhawks and Nashville Predators currently boasting a 3 point lead over them in the standings.

Some have accused Tortorella of actively trying to get fired at points during this season and this latest move certainly won't do anything to dissuade those that have offered such criticisms. Just look at a few of the reactions, the ones we can share with you at least, from the Blue Jackets fan base to this announcement today:

This one summed it up best:

Only time will tell how this one plays out for the Blue Jackets, but it seems that Tortorella may be wearing out his welcome in more ways than one.