NHL News : Tortorella threatens Dubois, who could be a healthy scratch Saturday!

It has come to this… 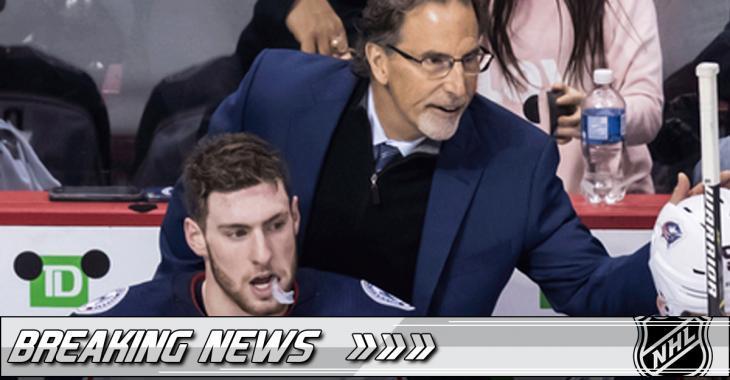 It has come to this… Columbus Blue Jackets head coach John Tortorella benched his forward Pierre-Luc Dubois for two full periods in his team’s 3-2 overtime loss to the Tampa Bay Lightning, after he seemed to give up on a puck battle in the offensive zone in the first period. According to team insider Aaron Portzline of The Athletic, Dubois “took nearly 10 seconds to go from the far end of the rink to the Blue Jackets’ bench to make a change.”

Now, Portzline has just reported that Tortorella has not committed to dressing Dubois for Saturday’s game against the Lightning. The bench boss only mentioned that a few players are nicked up, and he’s still evaluating play and performance before making a decision.

He did however call up Nathan Gerbe from the taxi squad, and he is expected to draw in.

Dubois seemed to acknowledge it himself when finally addressing the media on Friday.

"Whenever the next game is, I've got to step up my game. I acknowledge that. I know it and I'm ready."

"I hold myself to a high standard. I know what level I can play at. There's not a lot right now that I am satisfied with. I know I can take a step up in every aspect."

This sure sounds like Torts is threatening Dubois with the potential of leaving out of the lineup and in the stands for the upcoming game. Dubois might indeed be a healthy scratch… we will find out more precisely tomorrow.

This could be a good time for Dubois to reconsider his attitude. We all know Dubois wants to be traded from Columbus, however, prior to training camp, he told reporters he would be a “good teammate” and a “good player” as the Blue Jackets attempt to trade him. His actions spoke otherwise on Thursday.

Tortorella said Thursday he’s not coaching Dubois any differently now from how he did before the trade request was placed. It is up to the young forward to show he is a good player and a good teammate. And it sounds like Torts has had enough…

We will see on Saturday ahead of the game.