NHL News : Tortorella picks a new fight with one of his players, will make Max Domi a healthy scratch tonight

First Dubois, then Laine, now Domi. Torts is on a war path this season. 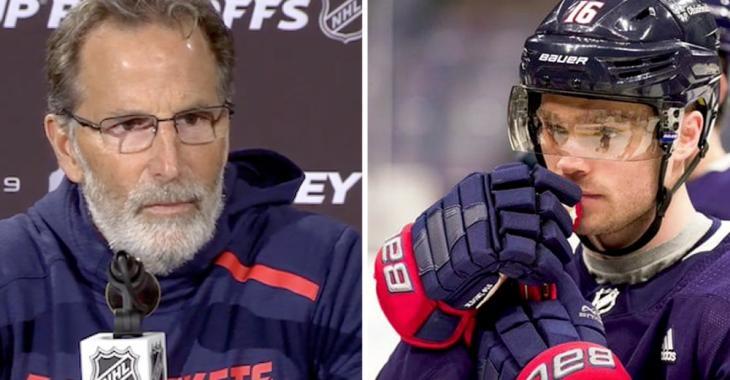 According to a report from Columbus Blue Jackets insider Aaron Portzline, Blue Jackets head coach John Tortorella will sit out forward Max Domi for tonight's game against the Florida Panthers.

Torts' decision to scratch Domi appears to stem from some disciplinary problems. I know what you're thinking though... Domi... undisciplined? Get OUT of here...

In all seriousness, Domi earned himself game misconduct penalties in back to back games this past week. He's clearly a frustrated player, but he's putting his team in a tough spot with his selfish play.

The 26 year old forward has seven goals and 19 points in 46 games with the Blue Jackets this season. He was, of course, acquired by the team from the Montreal Canadiens in exchange for forward Josh Anderson this past offseason. By comparison Anderson has a stellar 15 goals and 22 points in 39 games for the Habs this season.

Leafs go after Landeskog, who remains far apart in contract talks with Avs

Palat bats it out of mid-air for an absolute beauty!
Subscibe to
Our NEWSLETTER
Receive the best articles of the web directly in your email