The Maple Leafs earned a positive review for their offseason moves. 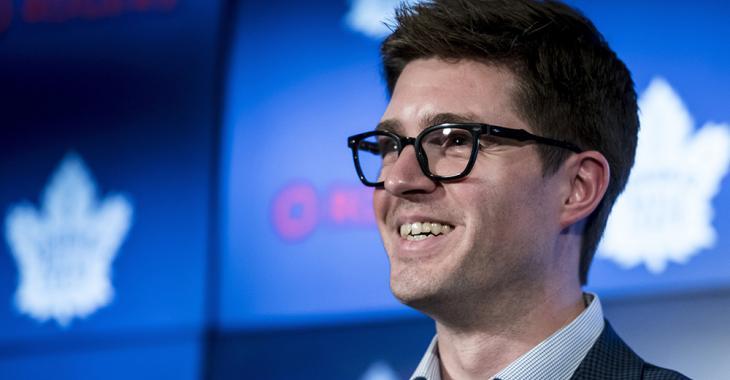 It's a rather sobering (and almost unbelievable) statistical reality that the Maple Leafs have yet to win a playoff series since the invention of YouTube. The last time they enjoyed playoff success? The rocking Game 7 victory over the Ottawa Senators at the then-named Air Canada Centre in 2004. And management certainly has a long road ahead as they decide of where they can go from here.

The team that hits the ice this fall will look a bit different, as there are several new faces on the roster along with a couple of familiar names who have departed. With a new goaltender in the crease teaming up with Jack Campbell in the form of the talented Petr Mrazek along with former 2014 1st round draft pick Nick Ritchie fighting for a top role on the team, the Leafs earned a positive mark from ESPN's Greg Wyshynski in his annual offseason report card. But will the moves be enough to move the needle in the postseason?

Take a look at his reasoning below:

Remaining hole: The Maple Leafs are looking a little thin at center in their bottom six, but have a little cap space available to address it.

Grade: B+. The Leafs' offseason losses got the most attention, as top-line forward Hyman left for Edmonton, the Kraken selected newly acquired McCann (as the Leafs chose to protect defenseman Justin Holl) and the Andersen era ended with his signing in Carolina. But GM Kyle Dubas did some really interesting work to fill those holes, get a little younger and play some wild cards.

Ritchie and Bunting could vie for time in the top six; the pesky Bunting is especially interesting, as he had 11 goals in 26 games in two seasons with Arizona. Kase has seen his career basically put on hold due to concussion symptoms; if he can go, and that remains a huge "if," he was a top-line talent in Anaheim a few years ago. Mrazek, meanwhile, is a statement of faith in Jack Campbell more than anything else. He's a great tandem goalie, and has been better than Andersen in the last few seasons.

On paper, it all looks good, aka the unofficial slogan of the Toronto Maple Leafs.