Oh no! What a blow if the rumour gets confirmed… 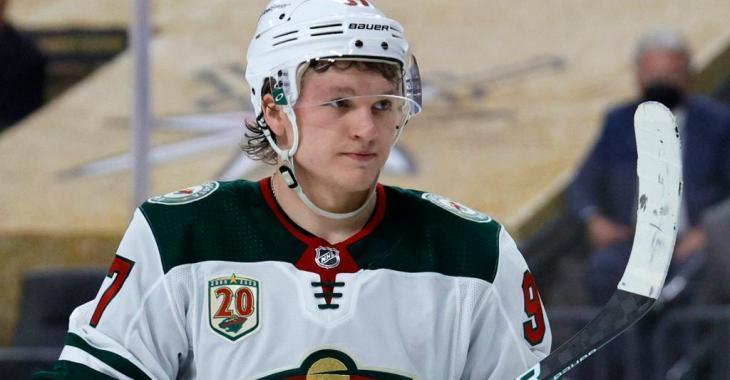 Fans haven’t heard a whole lot about contract talks between talented young forward Kirill Kaprizov and the Minnesota Wild. We knew general manager Bill Guerin was looking to sign the forward long-term, however, shocking news from Kevin Weekes of NHL Network was revealed on Friday, stating that talks have gone cold with the rookie back in Russia.

It’s even believed that Kaprizov could consider a return in the Kontinental Hockey League as CSKA is interested in signing him for KHL and the Olympics.

Kaprizov, who was voted a finalist for the Calder Trophy as NHL rookie of the year this season, can become a restricted free agent July 28. He led rookies in goals (27), points (51), power-play goals (eight) and shots on goal (157) in 55 games. He was second in even-strength points (38) and power-play points (13) and was tied for third in plus/minus rating (plus-10).

On top of that, he led Wild in goals, points, points per game (0.93) and overtime goals (two), and scored three game-winning goals. Kaprizov, who averaged 18:18 of ice time per game and had a shooting percentage of 17.2 percent, scored the most goals, assists and points by a rookie in Wild history.

He was also great to watch during the postseason as he scored three points (two goals, one assist) in a seven-game loss to the Vegas Golden Knights in the Stanley Cup First Round.

Losing this player would be a huge loss for the Wild, who also hopes to re-sign pending restricted free agent forwards  Joel Eriksson Ek  and Kevin Fiala each to a long-term contract. They also need to make decision on pending unrestricted free agents forwards Marcus Johansson, Nick Bjugstad and Nick Bonino, and defensemen Ian Cole  and Brad Hunt.

Losing Kaprizov would be a tough way to start the offseason.