​He managed to do it. 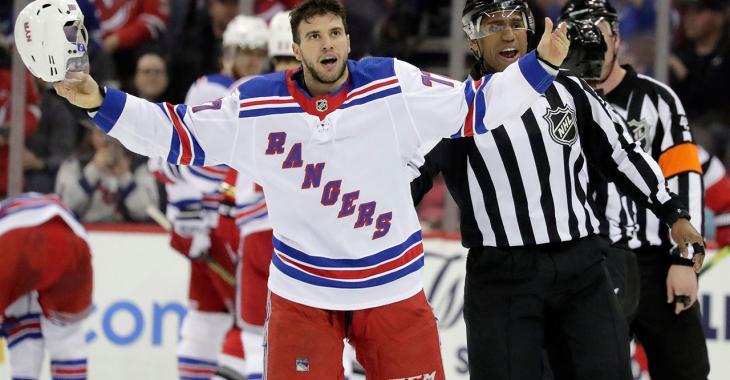 On Friday, the New York Rangers placed defenseman Tony DeAngelo on unconditional waivers and bought him out of his contract.

Back in February, then-former New York Rangers general manager Jeff Gorton has made it clear that DeAngelo had played his final game with the club. At the beginning of February, DeAngelo was placed on waivers and went unclaimed. This happened after New York’s overtime loss to the Pittsburgh Penguins: DeAngelo and goaltender Alexandar Georgiev were involved in an altercation that was quickly broken up by a teammate. And this came after a long history of unapologetic history of abuse and bigotry, Donald Trump support and COVID-19 denialism…

Clearly, DeAngelo does not have the best attitude and his reputation has suffered seeing that there was chatter that a trade could take place around the deadline, however, no rival teams was quite convinced that DeAngelo could change his attitude and be a good acquisition.

However, it now seems like another NHL team is willing to give him a chance. The Carolina Hurricanes are closing in an agreement the unrestricted free agent, per insider Frank Seravalli.

“Not done yet. But expecting a 1-year deal. There was lots of interest and the opportunity to play for Rod Brind’Amour was appealing.”

It’s been a rapid descent for DeAngelo, but clearly the Hurricanes see the potential in him. Last season, he recorded a career-high 15 goals and 53 points in 68 games. He posted just one assist and is minus-6 in six games this year while averaging 18:29 of ice time. DeAngelo signed a two-year, $9.6 million contract in October and carries a $4.8 million cap hit.

Rumor: Gardiner one the move once again?
Subscibe to
Our NEWSLETTER
Receive the best articles of the web directly in your email