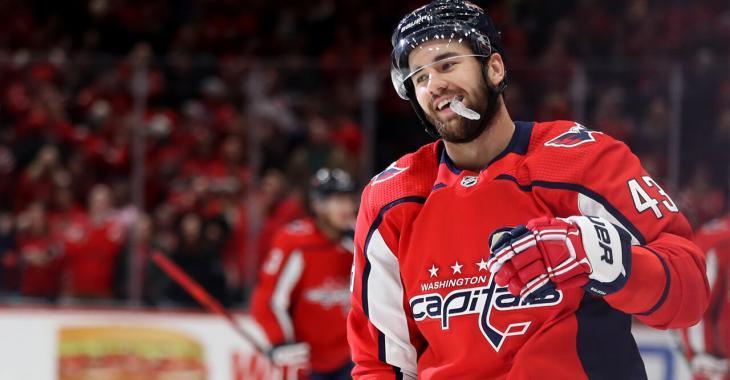 Washington Capitals’ Tom Wilson is no angel, sure, but we bet fans didn’t think it was this bad. However, it is pretty clear that the majority of fans do not like Wilson and his style of play as the website Onlinecasino.ca analyzed on Twitter and Instagram over the course of three months what fans which NHL played was the most hated on social media.

The result was clear and pointed to Wilson has been that man.

The hate for Wilson was always there, but truly built up when he pulled his dirty move on New York Rangers superstar Artemi Panarin. Back in May, Wilson was fined $5000 for punching Rangers forward Pavel Buchnevich in the back of the head as he was facedown on the ice, while also throwing Panarin to the ice in the ensuing scrum. Fans were expecting much more from the Head of Player Safety George Parros, seeing that Wilson is a repeat offender, who was suspended for seven games in March for a hit that injured Boston Bruins defenseman Brandon Carlo. It was the fifth suspension of Wilson’s NHL career, the previous four coming in a 105-game span from 2017-18, which included a 20-game suspension for an illegal check to the head of Oskar Sundqvist of the St. Louis Blues back on Oct. 3, 2018, which was reduced to 14 games on an NHLPA appeal.

When the two teams faced off again days after the incidents, a line brawl featuring all six forwards erupted on the ice in the opening seconds of the game. Wilson fought and played part of the game, but did leave at some point, with a reported injury.

We bet the timing of the analysis did not help Wilson’s results. The site looked over NHL players’ last three months of social media engagement to gather the results. Wilson received the fifth most mentions (19,020), nearly half of which were negative. Wilson’s Being Trolled Percentage was 47.9 percent – the highest in the NHL.

“With his most recent brawl on the ice with Rangers player, Pavel Buchnevich, causing outcry amongst fans, it’s another in a series of violent outbursts that makes him unpopular,” wrote Online Casino.

Even Boston Bruins’ Brad Marchand did not score this bad.

The most hated player on a Canadian team, at least during that specific three month period, was William Nylander of the Toronto Maple Leafs.

However, no one could compete with Wilson, whose reputation goes from worse to worst. But fans still love to know what he's up to:

Mike Smith admits his satisfaction at knocking the Flames out of the playoffs.
Subscibe to
Our NEWSLETTER
Receive the best articles of the web directly in your email