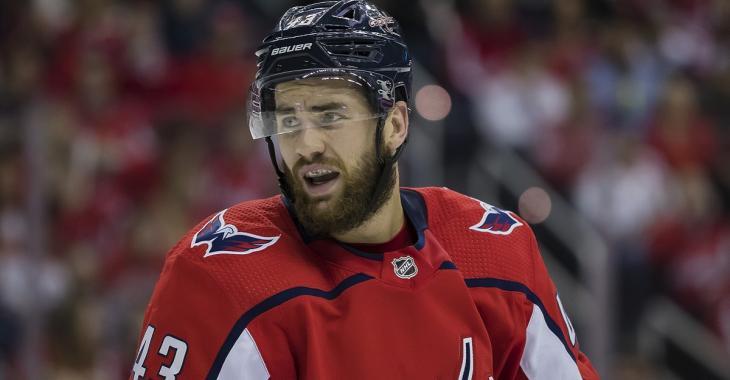 The league's Department of Player Safety announced late on Saturday night that they have suspended Wilson for a whopping 7 games, a massive suspension in this condensed NHL season.

The suspension of course comes off the back of a massive hit that Wilson delivered to Boston Bruins defenseman Brandon Carlo, one that saw his head crushed between Wilson's body and the protective glass along the boards. Interestingly enough however the league did not suspend Wilson for an illegal check to the head, and this likely comes due to the fact that Wilson initially made contact with Carlo's shoulder and torso prior to the contact with his head.

Instead the league has suspended Wilson under the "boarding" rules, which appears to be the first time that the league has suspended a player for boarding without the hit being delivered to the back of an opposing player. The league has however cited that they felt Carlo was in a defenseless position due to him previously being engaged with another member of the Capitals' roster, as well as Wilson's "angle of approach" as grounds for this suspension.

I strongly suspect that Wilson, the Washington Capitals, and even the National Hockey League Players Association will fight this ruling as it would appear to set a new precedent for suspensions in the National Hockey League. In fact that NHL itself in the video breaking down the suspension acknowledges that "it is not uncommon" for players in the league to deliver hits on unsuspecting or vulnerable players, citing the "totality of the circumstances" around this hit as grounds for suspension.

I must admit I was hoping that the NHL would deliver a much more solid ruling than the one we have gotten this evening and I suspect that their rationale behind this suspension will not satisfy the many people who were arguing that Wilson should not have been suspended on this play.

For a full breakdown of the league's decision check out the video below: