NHL News : Three players who could realistically be claimed on waivers tomorrow.

Three players that could soon be on a different team. 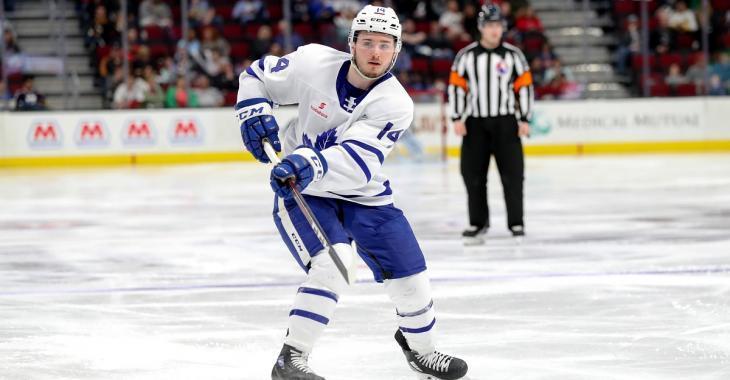 As is always the case just prior to the start of a season in the National Hockey League, teams around the league have been very active on waivers in the days that mark the end of training camp as the preseason draws to a close. On Sunday we saw over 40 players sent to waivers as their respective teams made tough decisions while rounding out their final rosters for the regular season and it could very well be the case that some of the names on that list soon end up in another jersey.

Now to be perfectly blunt it is much more likely than not for a player to clear waivers at this time of the season due to the fact that most teams are making roster cuts of their own rather than additions. That being said it does happen, there have already been multiple players claimed on waivers in the month of October, and some of the names made available today may very well peak the curiosity of a few teams in the NHL.

Here's a look at 3 players I believe could be claimed by the time we have learned which teams may have submitted a claim by Monday at noon:

In a 15 game showcase with the Tampa Bay Lightning last season the 24 year old Barre-Boulet did a good job of putting himself on the NHL radar and I wouldn't be surprised if a number of teams around the league are considering taking a stab at him. The undrafted centerman looked solid with the Lightning, picking up 3 points all of which were goals, and that showcase could be enough to see him claimed come tomorrow.

I'll also add the fact that Barre-Boulet is from the province of Quebec in the mix, I wouldn't be at all surprised to learn of the Canadiens putting in a claim for the young Lightning centerman.

Over the weekend there had been a growing belief that Maple Leafs forward Adam Brooks had failed to make the team's final roster, and that belief was confirmed on Sunday when the Maple Leafs opted to put Brooks on waivers. The 25 year old former first round pick could prove an attractive option for teams looking to add depth up the middle of the ice, and Toronto's inter-provincial rivals the Ottawa Senators could be among those teams. The Senators recently lost centerman Colin White for several weeks and adding an extra center to help shore up that loss could be in the cards for the Sens.

It is true there are more experienced centermen, like Edmonton Oilers forward Kyle Turris, who were also placed on waivers today, but both Brooks and Barre-Boulet come at a much more manageable cap hit.

Teams in the market for defensemen will be tempted to give Travis Hamonic a look but I must admit that there are some red flags with this potential waiver pickup. For starters Hamonic currently carries a cap hit of $3 million for both this season and the next, a price tag and term that could prove to be enough to scare some teams away. Combine that with the fact that he has been missing in action throughout all of training camp while dealing with personal issues back home and you've got a pair of very significant complications.

That being said if teams are comfortable in the knowledge that he will in fact play this season, I won't be at all surprised if he ends up claimed.

John Tortorella under fire for his treatment of Pierre-Luc Dubois!
Subscibe to
Our NEWSLETTER
Receive the best articles of the web directly in your email