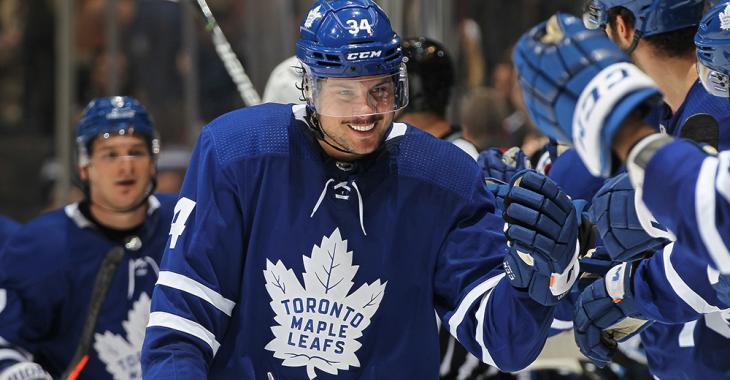 The Toronto Maple Leafs have some representation in TSN's latest edition of the top 50 players in the National Hockey League today.

Of course, to nobody's surprise, topping the list is none other than Edmonton Oilers captain Connor McDavid, who posted an astounding 105 points last season in just 56 games played. Behind McDavid is electrifying Colorado Avalanche center Nathan MacKinnon

Coming in at number three on the list is none other than Auston Matthews, the reining Rocket Richard Trophy winner. Thanks to his historic campaign, Matthews became the first Leafs player in 75 years as well as the first United States-born player in 24 years to lead the NHL in goal scoring.

"No. 3: Auston Matthews: the Toronto centre became the first Leaf to lead the NHL in goals in 75 years, scoring 41 goals in 52 games, a 65-goal full-season pace."

Meanwhile, Mitch Marner clocks in at No. 16, while Leafs captain John Tavares comes in at No. 40.

Report: Ugly, behind the scenes details of Laine's divorce from the Jets
Subscibe to
Our NEWSLETTER
Receive the best articles of the web directly in your email