Go get that mug, Jumbo! 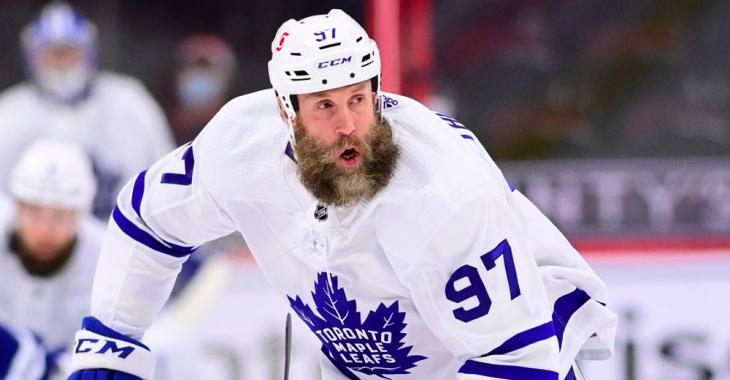 This just in, veteran forward Joe Thornton has signed a one year contract with the surging Florida Panthers.

Sportsnet NHL insider Chris Johnston is reporting that the deal is for a league minimum $750,000 salary.

"With more than 1,600 games played in the NHL, Joe will bring a wealth of experience to our locker room and lineup," said Panthers GM Bill Zito in a prepared statement. "His drive to succeed is unmistakable and we are thrilled that he chose to sign with our club and that he believes in what we are building here in South Florida."

Thornton, of course, "came home" to play for his hometown Toronto Maple Leafs last season, putting up five goals and 20 points in 44 games for the team. At 42 years old the future Hall of Famer proved that he still has some tricks up his sleeve and I fully expect him to put up points on a surging Panthers team in 2021-22.

Wild sent first-round pick Marco Rossi back to Austria!
Subscibe to
Our NEWSLETTER
Receive the best articles of the web directly in your email