So many injuries are affecting the Maple Leafs… 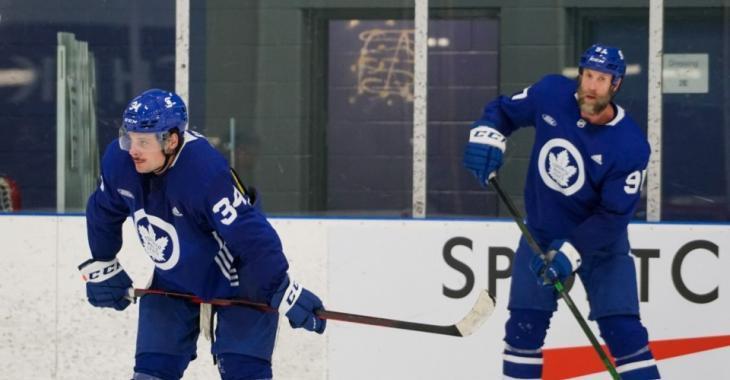 On Wednesday night, Toronto Maple Leafs forward Joe Thornton left his team’s game against the Edmonton Oilers after taking a hard hit from Oilers forward Josh Archibald. While it appeared harmless, after the game Leafs head coach Sheldon Keefe told the media that Thornton will “definitely” miss some time with an injury.

On Friday morning, ahead of tonight’s game against those same Oilers, it was confirmed that Thornton will miss up to four weeks with a rib fracture. This is worse than first believed as some pundits expected the veteran forward to miss less than two weeks of action. Keefe says Thornton will miss at least a month.

The Leafs therefore place Thornton on the long term injured reserve on Friday.

On top of that, more bad news came the Maple Leafs’ way as Keefe also announced that Auston Matthews will not be in tonight’s lineup against the Oilers.

While he did mention that Matthews is being taken out of precaution, he did say he was suffering from upper body soreness and would be day to day.

In a shortened season like this one, we know how every game counts and this could be a tough blow for Toronto. The Leafs fell to the Oilers on Wednesday night.

Let’s see how long Matthews is away from the team, while we already know we’ll have to wait a month to see Thornton again. Suffice it to say, this is a huge loss for the Leafs and for Thornton. The 41 year old free agent signing has one goal and two points in five games with the Leafs so far this season.

Rumour: Habs to let Kotkaniemi walk and trade for Christian Dvorak!
Subscibe to
Our NEWSLETTER
Receive the best articles of the web directly in your email