NHL News : Things clear up about Leafs’ interest in trading for Hall

Rumours say the Leafs could be going all-in this season. 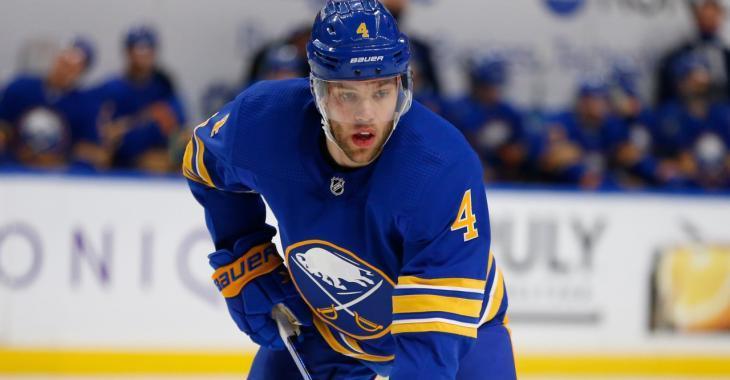 The trade deadline is almost a month away and it sounds like the Toronto Maple Leafs are expected to get more agressive on the market.

It has been mentioned more than once that the Leafs would like to add depth up front, but it seems now that the desire is even more intense. Last week, insider Elliotte Friedman reported that Maple Leafs general manager Kyle Dubas is going to go hunting for a top-6 winger, adding that he was curious on who Toronto is going to target.

The name of Buffalo Sabres’ Taylor Hall was brought up, with many fans and pundits wondering if the Leafs would take a shot at him for the postseason and making their chances increase to hoist the Stanley Cup.

However on Tuesday, former Leaf and now TSN analyst Carlo Colaiacovo asked Pierre McGuire about Toronto’s interest in Hall and the answer was pretty blunt and clear:

“He’s got 2 goals… Did anyone watch him play in the playoffs last year for Arizona? I did. I was there, he didn’t do anything.”

While McGuire added that he isn’t sure if Hall is dealing with fatigue or an unknown injury, he also revealed how Hall is betting on himself to prove he could be a great addition, however, he does have just two goals in 24 games this season.

Not sure, for once as McGuire says, that the Maple Leafs would make a good deal to get Hall ahead of the trade deadline, especially seeing that he is set to become an unrestricted free agent this summer. However, Elliotte Friedman of Sportsnet said this in his latest 31 Thoughts:

“As far as I can tell, Taylor Hall has not been asked about his no-trade clause.”

Finally some fans allowed at games in Canada!
Subscibe to
Our NEWSLETTER
Receive the best articles of the web directly in your email