NHL News : Things are getting uglier between Sam Bennett and the Flames

He probably should have kept quiet… 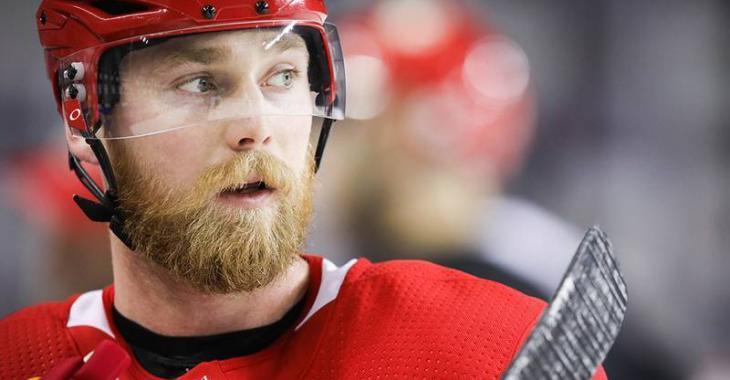 Sam Bennett requested a trade from the Calgary Flames, per his agent Darren Ferris and the fact that he served as a healthy scratch on Thursday further fuelled trade speculation around him. While TSN’s Darren Dreger does not believe a trade is imminent, things got uglier on Friday when Bennett himself opened up about the situation and commented his team’s decision to sit him in the press box.

When asked to confirm if he had indeed requested a trade out of Calgary, Bennett didn’t want to dive into it, stating that he was focused on playing at the moment - even though he didn’t on Thursday night… The Flames lost the game 4-1 to the Winnipeg Jets, dropping their record to 4-5-1 on the season.

“My job right now is just to play hockey and do my job,” he said. “I think I’m just going to leave everything else to them and they’re going to figure it out.”

“I don’t even think about it when it comes to playing hockey,” he added. “I think as soon as it’s game time, as soon as you start getting ready for the game, all that stuff disappears and you focus on what you can do to help the team win.”

When asked if he will be scratched again on Saturday, Bennett only hopes to be on the ice for the season’s first Battle of Alberta. Head coach Geoff Ward said that he hadn’t yet made a decision on whether Bennett would be back in the lineup.

“I’m not sure. I hope so. I think I will be but at this point, I really don’t know,” Bennett commented.

The young forward was selected fourth overall by Calgary in 2014 and has spent his entire seven-year career with the Flames, scoring 63 goals and 66 assists over 373 games.

He might be on his way to another team… soon enough.

Penguins roster decimated after just 9 games.
Subscibe to
Our NEWSLETTER
Receive the best articles of the web directly in your email