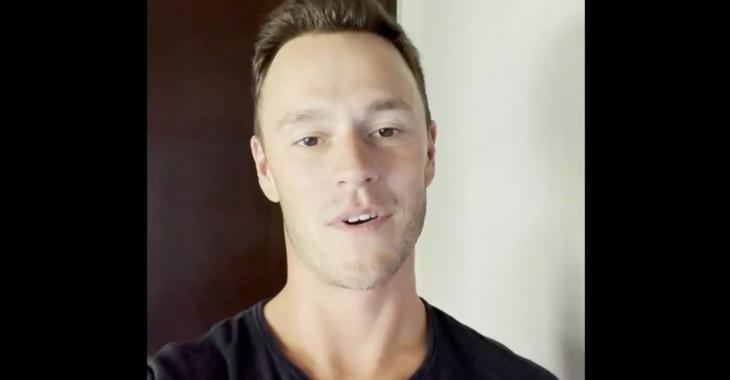 This has been hard on everybody, especially Chicago Blackhawks fans. We have been without any news from captain Jonathan Toews ever since he said he had been “experiencing symptoms that have left me feeling drained and lethargic” back in December.

This health issue did not stop him from sending a great video message to his friend and teammate Patrick Kane, who skated in his 1000th game in a game against the Dallas Stars on Tuesday. It was Toews’ first public “appearance” since last season.

He did appeared thinner than usual, but fans were glad to see him. Others preferred to try and find out what mystery illness Toews is afflicted by and one theory has since arisen and could make a lot of sense.

NSS is wondering if Toews could possibly be dealing with the after-effects of COVID-19.

The funny thing is that Toews faced criticism in the summer with the NHL’s Return to Play plan amidst the pandemic when he said:

“You’re going to find all sorts of different attitudes as far as the bubble,” he said. “Part of me just says being away from people and isolating ourselves isn’t really the answer.

“Does anybody really know how and when people catch this thing?” he asked rhetorically. “The best you can do is get good rest, eat healthy, take care of your body, do the little things that lower your chances. What else can you do?

“Sitting around and worrying about it is just going to drive you crazy.”

We bet Toews is going crazy at the moment, he who has not return to action or given any details on what is causing him to stay home away from his teammates.

Earlier in February, the Hawks came under fire as they faced accusations that they were hiding information on Toews’ health status. Following a swarms of unfounded rumors on social media that the team knew more about Toews and why he couldn’t play, the Blackhawks responded to the chatter by insisting that the circumstances of Toews’ medical absence remain the same as before. Ever since this controversy arose, the Hawks and hockey insiders have been trying to communicate more updates on Toews’ condition and recovery, however, it remains confusing and vague.

We would love to get a real update on his condition, because fans care, but for now, we have this theory. What do you make of it?

Kraken plans televised expansion draft ‘event’ to present its roster!
Subscibe to
Our NEWSLETTER
Receive the best articles of the web directly in your email