NHL News : The worst is confirmed in Vancouver and it impacts the entire league! 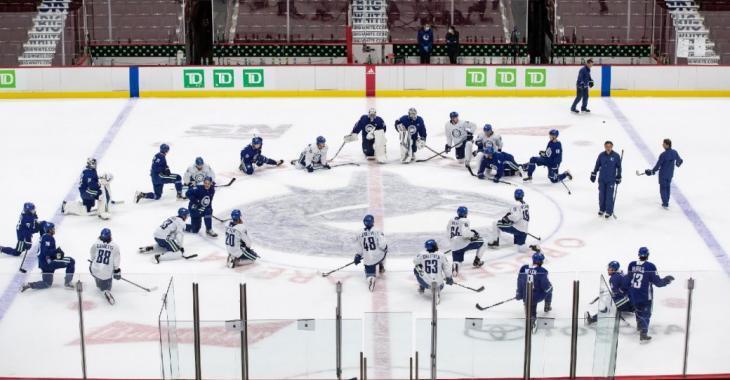 In a breaking news report on Friday morning, TSN’s Darren Dreger has just revealed that seven Vancouver Canucks players, plus one taxi squad player, have tested positive to COVID-19, along with one staff member.

On Thursday, the game between the Canucks and Calgary Flames was officially postponed due to an outbreak of COVID-19 cases on the Canucks. Canucks forward Adam Gaudette was placed on the NHL’s COVID-19 protocol list earlier this week and the league announced yesterday that Travis Hamonic and a member of the team’s coaching staff had tested positive for the virus, as well.

Now the NHL has made the decision to shut down the Canucks for at least a week while they recover, which creates more postponed games and now Pierre LeBrun believes it impact the entire league with contests happening back the May 10 deadline for the playoffs and the NHL having to review the entire schedule.

All of this comes after the Montreal Canadiens were shut down for having similar COVID-19 results on their roster. And guess who the Canadiens last played before going into lockdown? You guessed it! The Canucks and Habs had a two game series just prior to the NHL shutting the Habs down. Now it looks like the Canucks might be in for a similar fate.

And there’s no doubt, everyone will pay for it.

Many insiders, including Sportsnet's John Shannon, the Canucks will be shut down much longer now...

Rumor: Dates for training camp set as players begin to quaratine.
Subscibe to
Our NEWSLETTER
Receive the best articles of the web directly in your email