NHL News : The worst is confirmed for Drouin as teammate reveals online bullying’s devastating effect on his mental health

This is serious. This has to stop! 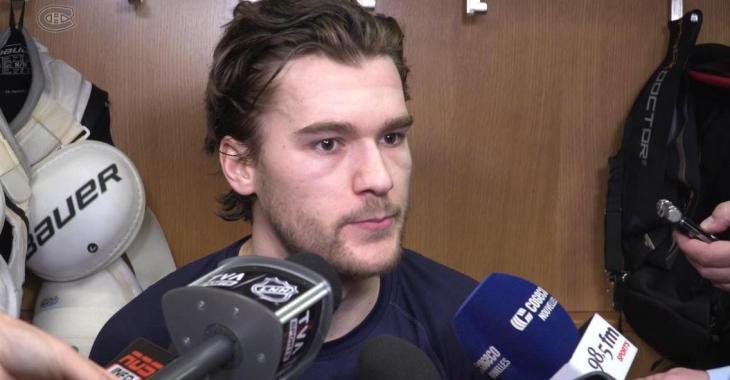 Earlier on Wednesday, the Montreal Canadiens announced that forward Jonathan Drouin will take an indefinite leave of absence from the team for personal reasons.

After practice ahead of tonight’s game against the Toronto Maple Leafs, teammate Phillip Danault, also a French-speaking player from the province of Quebec, opened up about what might be hurting Drouin and how serious this is.

He held an interview in French, and this is what he explained by RDS’ Chantal Machabee. This is it, translated from her tweets:

“I don’t want to go into details. I am also from Quebec, I know what it is to play in Montreal. I don’t want to go into details. It’s his life. We are sad for Jo. Jo is my friend. Yes, I am worried for him, but he will come back. There are more important things in life than hockey. Playing in Montreal has its ups and downs. We put so much pressure on ourselves. In Montreal, everything is amplified, with high expectations and everything. Sometimes we just take it personally. We want to play well, we put pressure on ourselves and it becomes difficult.”

It certainly looks like Drouin’s mental health needs a break from all of the pressure that has been placed on his shoulders.  Drouin has not played since April 21st against the Edmonton Oilers. During warm-ups of the next game, he was seen speaking with team trainers and did not return to take part in the contest. He has since missed Montreal’s last three games as he has dealt with a “non-COVID illness.” He spent all of this time, alone, in his hotel room…

In 44 games this season, Drouin has scored two goals and added 21 assists. He was recently asked by a reporter how he felt about his lack of goals this year, and answered with frustration that there was another important column to his stat sheet, pointing out his 21 assists.

Fans need to remember that this is a move to help Drouin and not to make room on the salary cap or get a better player in the lineup.

The Habs ask everyone to respect his privacy as Drouin has now been placed on long-term injured reserve by the club.

We wish Jonathan all the best.