NHL News : The worst is confirmed for Artemi Panarin thanks to Tom Wilson 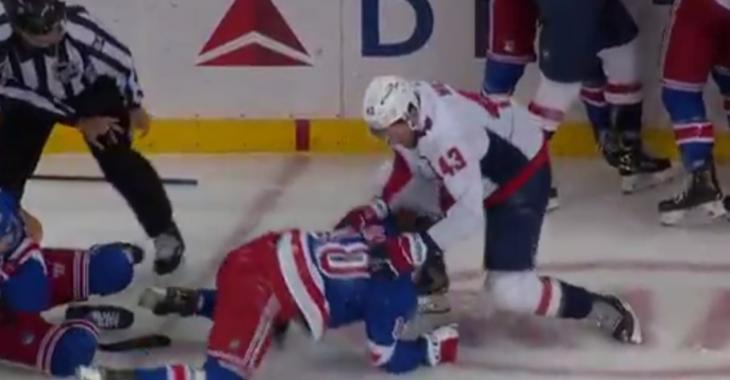 The 2021 season is done for New York Rangers’ Artemi Panarin and the only good news here is that the Blue Shirts aren’t contenders in the playoffs. Panarin will miss the last three games of his season after being injured in an incident with Tom Wilson Monday night.

Panarin was forced to leave the Caps’ 6-3 win on Monday due to a lower-body injury after being wrestled to the ground by Wilson.

Wilson was only fined $5,000 earlier on Tuesday for actions against Rangers forward Pavel Buchnevich in the moments before his tussle with Panarin.

While the official statement from Rangers head coach David Quinn is that Panarin sustained a lower-body injury during the chaotic tussle, some pundits believe there might be more to the Russian sniper’s condition, hinting that a concussion might also have been suffered thanks to his head smashing against the ice.

This could be what’s keeping Panarin away from action and we all know how concussions can last a long time, so we might hear a lot more about this heading into the 2021-22 season…

Panarin leads the Rangers with 58 points in 42 games this season.

Let’s hope he feels better soon and has no repercussions from this awful fall head first onto the ice.

Blues captain Ryan O'Reilly issues a playoff guarantee.
Subscibe to
Our NEWSLETTER
Receive the best articles of the web directly in your email