NHL News : The time has finally come for Marc-Andre Fleury!

He will put a hand on a trophy this season after all. 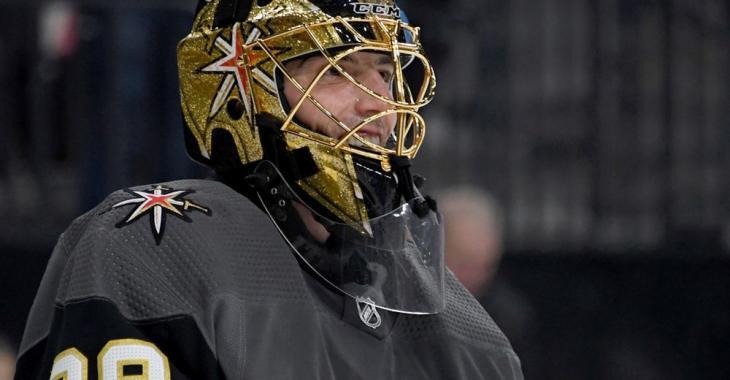 When nominations came out earlier this month, fans were thrilled to find out that Marc-Andre Fleury had finally earned his first nomination for the Vezina Trophy, given to the NHL’s top goaltender, after 17 years in the National Hockey League.

Now, we are over the moon that the Vegas Golden Knights goalie has won the prestigious trophy for the 2021 season. His highest previous placement in the voting was fourth overall in 2018-19.

Flower was chosen by the league’s general managers as the award finalists along with Philipp Grubauer of the Colorado Avalanche and Andrei Vasilevskiy of the Tampa Bay Lightning.

The veteran netminder, who won this year’s Jennings Trophy alongside teammate Robin Lehner for fewest goals allowed in the regular season, finished the season with a .928 save percentage and 1.98 goals-against average.

This is great for Fleury after the crazy past year in which he lost his starter’s crease to teammate Lehner in the 2020 playoffs and faced the possibility of being traded for cap space in the offseason. Then Lehner was sidelined with a concussion for more than a month and Flower led the Knights to an 82-point season, tied with Colorado for the most in the NHL.

While we bet Fleury would prefer to still be contending for a chance to hoist the Stanley Cup after losing to the Montreal Canadiens in the semi finals, we’re happy that he gets to celebrate this accomplishment tonight.

Mike Babcock gets humiliated on TSN!
Subscibe to
Our NEWSLETTER
Receive the best articles of the web directly in your email