Insiders believe the NHL will need to be very careful with the projected schedule. 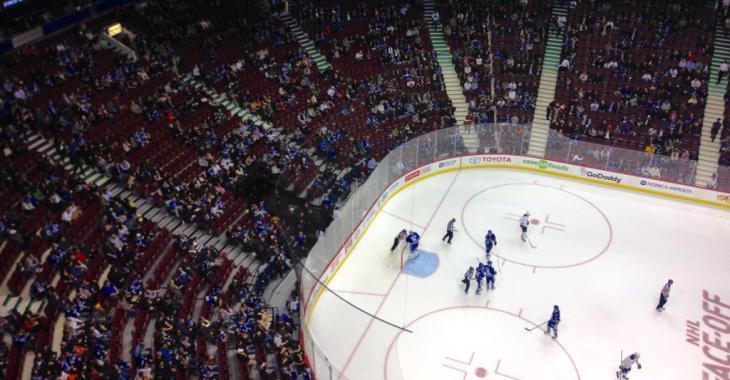 Fans are waiting on the edge of their seats ever since the National Hockey League and its Players’ Association opted to move ahead under the framework of the Collective Bargaining Agreement extension ratified by both sides in July to get a projected start date for the 2020-21 season on the calendar.

The target start date of a potential 56-game regular season is now Jan. 13, with training camps slated to open approximately 10 days prior, around Jan. 2, and would not feature an exhibition schedule.

However, Pierre LeBrun warns everyone not to assume that the schedule will be as jam-packed as we all believe. Last night on Insider Trading, LeBrun explained how the NHL needs to get some specific dates included in the calendar to ensure testing and the very frightening possibility that players test positive to COVID-19.

“On the one hand you want to play as many games as possible in a short amount of time between mid-January and early- to mid-July. On the other hand, watching the NFL go through its season, the NHL and NHLPA know that there will probably be games that are going to be postponed because of COVID-19 cases. So they are working in some empty days within that schedule. So at the end of the day, it will be a little less compressed than you might have imagined because they have to have that flexibility in there.”

It is believed that NHL commissioner Gary Bettman and deputy commissioner Bill Daly have included a buffer period in the schedule to make sure no surprises emerge in May when the playoffs are set to get underway. The hopes if that the postseason would be wrapped up by July 10th, or the 15th at the latest, however, the NHL is aware that COVID-19 could disrupt plans.

While we might have been hoping to sit in front of 12-hour straight of hockey on a weekday, the schedule might not be as crammed. We will have to wait and see the final calendar before setting ourselves up in front of our TVs.

Full lineups for the Canucks & Leafs.
Subscibe to
Our NEWSLETTER
Receive the best articles of the web directly in your email