The Penguins make a move. 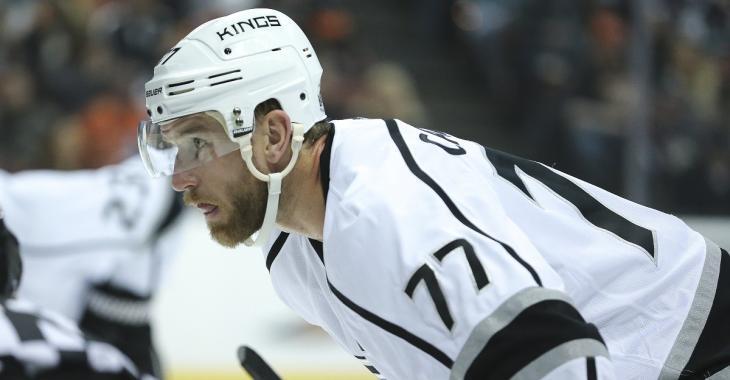 There have been rumblings for many days now regarding the Pittsburgh Penguins and the possibility of bringing in another forward to play alongside the likes of Sidney Crosby and Evgeni Malkin, and it would appear that it has finally come to pass.

Although we do not have the full details of this deal just yet, National Hockey League insider Bob McKenzie is now reporting that veteran forward Jeff Carter has been traded by the Los Angeles Kings and is on his way to Pittsburgh to play for the Penguins.

McKenzie reports that there will be salary retention in this trade deal and that there will also be conditional picks going back the other way but we are still awaiting the full details of this deal.

Long time fans of the Penguins will be quite familiar with Carter given that in the early stages of his career he was a key figure in the interstate rivalry between the Penguins and their bitter rivals the Philadelphia Flyers. Carter would play 6 seasons with the Flyers before eventually playing a part of one season with the Columbus Blue Jackets and then the last several seasons of his career with the Los Angeles Kings.

Although he is widely recognized as an offensively gifted forward I would be remiss if I did not point out that his production has been declining in recent years. It could be linked to the struggles the Kings have had as an organization, but in 40 games this year the 36 year old centerman has just 8 goals and 11 assists for a combined 19 points. He also has 22 penalty minutes to his name and is currently a plus minus of -6 on the season.

I expect that the return for the Kings in this deal will be relatively minor, general manager Ron Hextall has shown himself to be a relatively conservative GM during his time in the role and I don't expect he plans to give up a great deal leading up to this year's trade deadline. That being said Carter is a decent acquisition and it would make for an excellent storyline if the former Flyers first round pick proved to be a major factor for the Penguins in the playoffs. Especially if it came at the hands of a former Flyers general manager and former Flyers goaltender.

Update: There are now reports that this trade is not 100% official quite yet, although it does sound like it will get done. Lisa Dillman reports that the draft picks given up by the Penguins are a third round and a fourth round pick, presumably both with conditions attached to them as per McKenzie's earlier report.

There have been two other trades in the last few minutes as well if you're interested in checking them out you can find the links here: