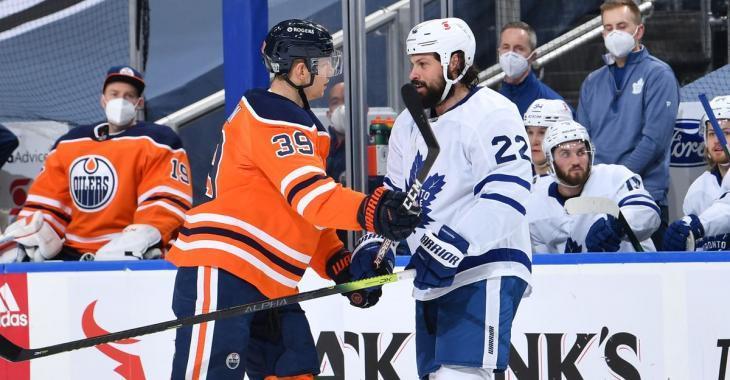 Edmonton Oilers forward Alex Chiasson had a hearing with the National Hockey League’s Department of Player Safety and it didn’t go his way.

It was just announced that the NHL has suspended Chiasson for one game for his cross-check to Toronto Maple Leafs forward Jimmy Vesey, which took place on Monday.

The hit in question came just as time expired in the third period during Monday night’s game in which the Maple Leafs came out on top, 3-0. Chiasson was at centre ice and shoved Vesey before he could join his teammates to celebrate. The Oilers forward was handed a five-minute major and a 10-minute misconduct for the hit as soon as it happened on the ice.

The two teams will meet again in Edmonton on Wednesday night, and the Oilers will be without Chiasson.

The 30-year-old has four goals and three assists. He has no prior suspensions on his record.