NHL News : The NHL likely to push back 2021 Draft to December

Another consequence to this delayed season... 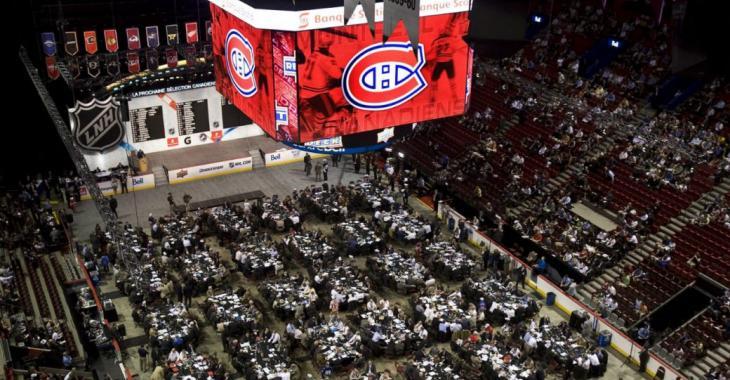 While NHL commissioner Gary Bettman maintains that he is set on getting back on track and to a normal schedule for the 2021-22 season, it sounds like he might already be forced to change his speech.

According to insider Bruce Garrioch of The Ottawa Sun, the 2021 NHL Draft, which would usually take place in June, or at least following the postseason which will be delayed this year thanks to a shortened campaign that has yet to be made official, could be push back to December 2021.

“A possibility that’s been thrown around by league executives is moving the draft tentatively scheduled to be held this summer in Montreal to early December.

At this point, everything’s on the table and all options have to be considered.”

It is believed general managers across the league would prefer to postpone the draft in order to get a better look at young players and perform a better scouting study before making such important decisions on their team’s future.

“The Western Hockey League announced Tuesday it’s officially given up hope of starting its season on Jan. 8. The Quebec Major Junior Hockey League started and eventually moved into a bubble in Quebec City because so many of its teams were located in red zones.Now, it’s shut down until Jan. 8. The Ontario Hockey League is hoping to start in early February, but it has to decide if it makes financial sense to do so without any fans in the stands.”

As with everything in the NHL, especially now with the league and the Players’ Association attempting to come to an agreement on a safe plan for a Return to Play to get a shortened 2020-21 campaign under way, some teams will love the idea of pushing back the draft, while other might complain. However, the would have the opportunity to spend more time evaluating the players, which does not sound like a bad thing.

Tortorella benches Laine for extended period, trouble in CBJ already?
Subscibe to
Our NEWSLETTER
Receive the best articles of the web directly in your email