NHL News : The NHL is signing a seven-year deal with Turner Sports!

IT’S OFFICIAL, and for a lot of money! 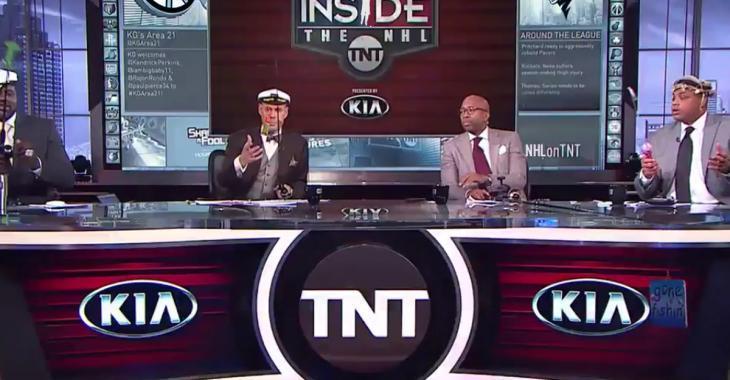 On Tuesday, the NHL and Turner Sports officially announced a seven-year agreement that begins next season and will put three Stanley Cup Finals on the TNT cable network. It is believed to be worth $225 million per year.

The NHL claims it is eager to replicate the success found on Turner by the NBA.

“From our standpoint, we looked at the strength of the Turner Sports portfolio, which is outstanding,” NHL Commissioner Gary Bettman said. “They put a fun and innovative factor into all of what they do, and we’re excited to have that same treatment for our sports, and for our fans.”

Turner Sports, which will broadcast games on TNT and TBS, joins ABC and ESPN as the NHL’s national media rights partners in the United States for the next seven seasons. The NHL’s deal with ABC and ESPN, announced in March, is worth $655 million per season and makes them the league’s majority rights holder.

NBC’s run of covering the league since 2005 ends after after this season’s playoffs. It is in the final season of a 10-year contract. Fans have been quite vocal on the end of this deal, though the NHL was virtually invisible on mainstream media in the United States prior to NBC.. But we’d argue that the game hasn’t grown as much as the league would have liked under NBC’s stewardship.

This is what is included in this new deal : up to 72 regular-season games per season, half of the first- and second-round playoff games on TNT and TBS as well as a conference final series. One of the regular-season games will be the NHL Winter Classic.There are also live streaming and digital rights across WarnerMedia properties, including HBO Max and Bleacher Report. Zucker said there is the possibility that live games could be streamed only on HBO Max, but that isn’t likely until the 2022-23 season at the earliest.

Turner now has the rights to three of the four major North American sports with NBA games on TNT and baseball on TBS.

Here’s hoping that ESPN and TNT can do for the NHL what NBC never could: Bring hockey back to the American mainstream.

The Oilers have acquired Dmitry Kulikov.
Subscibe to
Our NEWSLETTER
Receive the best articles of the web directly in your email