Two QMJHL players have been charged with sexual assault of a minor. 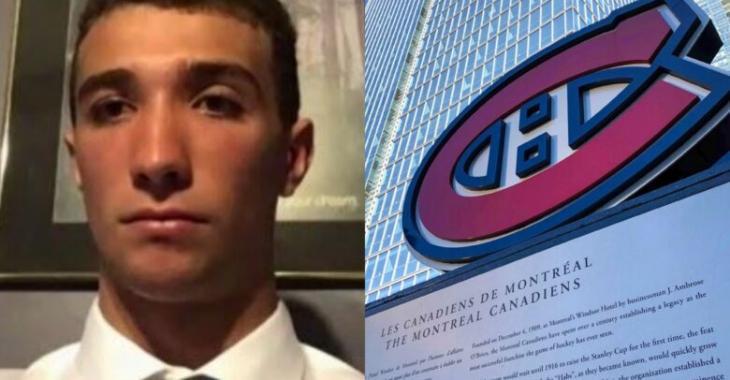 Victoriaville Tigres players Nicolas Daigle and Massimo Siciliano will reportedly be charged today for allegedly sexually assaulting a minor and producing a recording of the alleged assault during the team’s President’s Cup victory party back in June, 2021.

The Tigres and the QMJHL both confirmed today that Daigle and Siciliano will be facing criminal charges as a result of these allegations.

“The Quebec Major Junior Hockey League was made aware of criminal charges against two players from the Victoriaville Tigres stemming from potential actions that occurred in June 2021,” the league’s statement reads. “These accusations are taken very seriously, and the Commissioner’s office will take the time to go through the case file brought before the Court. A decision will be communicated within 48 hours regarding the status of these two players.”

Shortly after their league championship in June, the Tigres announced that two unnamed players were being investigated for sexual assault allegations following an alleged incident at the team’s championship party.

Daigle is facing two additional charges of sharing images or video of the alleged victim.

And sure, it rings a bell and reminds fans of the Logan Mailloux situation. Back on Nov. 7 in Skelleftea, Sweden, where Mailloux was playing on loan with SK Lejon in Sweden’s third division while the Ontario Hockey League was shut down due to the COVID-19 pandemic, a then-17 year-old Mailloux secretly photographed the victim without her consent or knowledge while engaging in oral sex. The information comes from a 48-page investigation report from Sweden’s North Region Polisen in which it is described how Mailloux shared the photo in the SK Lejon team group chat on SnapChat during a bus ride to a road game. According to the investigation, the victim was not identified in the photo. However, Mailloux allegedly sent a screenshot of the victim’s online profile, which identified her to teammates by displaying her photo, first name and age. She was 18 years at the time of the incident. Word got out and Mailloux, who is now 18, was ultimately charged with both defamation and “Kränkande fotografering,” or offensive photography, and ordered to pay 14,300 Swedish krona, approximately $1,650 U.S.

Mailloux himself had renounced himself from the draft after he was charged in Sweden, but the Montreal Canadiens still selected him31st overall in the first round of this summer’s NHL Draft.

The controversy was so intense that you have to imagine the NHL will keep a close look on these two players to make sure another Mailloux situation does not take place later on, especially if they are found guilty.

Both Daigle and Siciliano are draft eligible for the 2022 event, which will take place in… Montreal!