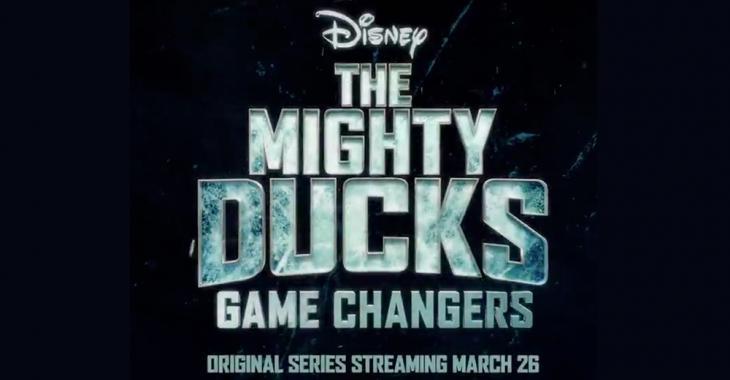 About a year ago, movie publication Discussing Film announced a Mighty Ducks reboot series now planning to launch on Disney’s streaming service Disney Plus. Details were spotty at the time, but it was confirmed that star Emilio Estevez would return to resume his role as Coach Gordon Bombay. Now though, now we have a trailer!

First up, Estevez DOES in fact return and it looks like the show will be a series, rather than a movie.

Check out the trailer:

The series focuses on a 13-year-old boy when he gets kicked off the junior division Mighty Ducks team, his mom decides to start their own team, finding players, a coach, and a place to play.

There have been rumors for years now that Disney would bring back the 90s franchise, but today’s news finally solidifies things.

Last season the cast of the original Mighty Ducks reunited and joined the NHL’s Anaheim Ducks for an open skate and then conducted a ceremonial face-off prior to a Ducks game. After the game the cast hung around for a viewing party with fans and conducted a Q&A session.

But… the clip everyone is dying to see… the Flying V!

The cast assembled for one final Flying V at Honda Centre.

We have just one question… where’s Goldberg the Goalie!?

I hear he is all cleaned up and sober again... think we could convince him to strap on the pads one last time?