The future is now in the Motor City! 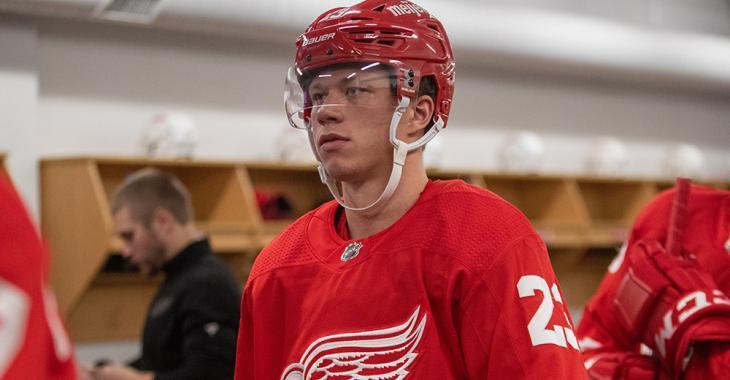 It's a new day in Hockeytown!

The rebuilding Detroit Red Wings took a major step forward today, as it's been revealed that forward Lucas Raymond has officially made the team roster and will be in the lineup when his team hosts the defending Stanley Cup champion Tampa Bay Lightning at Little Caesars Arena Thursday night:

Additionally, 2019 1st round draft selection Moritz Seider will also take the ice Thursday night. Both players have enjoyed strong exhibition play, and team management as well as coaching saw fit to reward them with roster spots.

In a corresponding move, the team assigned fellow 2019 1st round pick Joe Veleno to the Grand Rapids Griffins, along with the recently waived Taro Hirose and Riley Barber:

VIDEO: Red Wings 2020 1st round pick Lucas Raymond scores twice
Subscibe to
Our NEWSLETTER
Receive the best articles of the web directly in your email