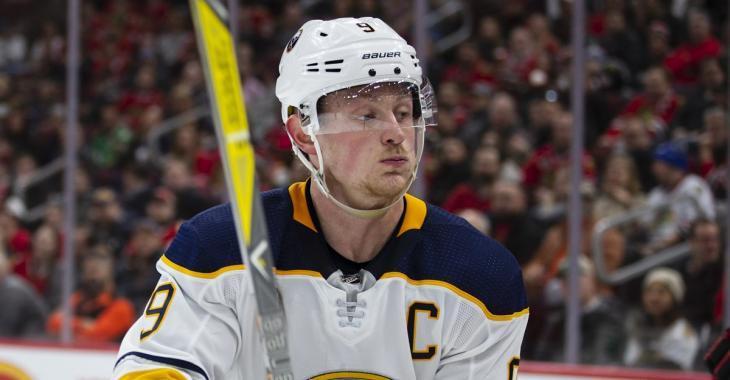 If you're a fan of the Buffalo Sabres we apologize because we have got what sounds like some pretty terrible news for you this morning.

On Saturday Buffalo Sabres head coach Ralph Krueger was available to the media and of course the big question on the mind of every reporter was about the health and status of Buffalo Sabres captain Jack Eichel. It was widely reported on Friday that Eichel would be out for at least the next 7 to 10 days as he dealt with an upper body injury, and unfortunately for the Sabres it sounds like the news has only gotten worse for them.

According to Krueger, Eichel is going to be out even longer than that initial time frame, so long in fact that Krueger was unable to put a timeframe on when he could be expected to return to the lineup. Krueger stated that Eichel would be out for the "foreseeable future."

"We can't put a date on that. We are expecting it to go a little longer," said Krueger.

When pressed for more information Krueger remained tight-lipped, declining to even confirm or deny if Eichel needed surgery. I suspect that the earlier fiasco involving an Eichel's injury and Krueger's comments about that injury may be why he's keeping quiet on this one.

"I'd rather not speak on it. ... An injury of this nature just needs more assessment and more time to understand it. I'm being honest with you: We do not know for certain the time frame."

That is of course terrible news for the Sabres on a number of levels. First and foremost it will give their fans even less reason to tune into their games this season, which have been abysmal on more nights than the Sabres would care to admit. It also has to be noted that with all the rumors of a potential trade involving Eichel floating around, this could hinder any plans the Sabres might have had when it comes to dealing him prior to the National Hockey League's trade deadline which is now only a month away.

What is of particular interest here is the timing of this news. On Friday we learned that Eichel was seeking the advice of another medical professional as it relates to his injury, and in fact had gone out of state to do so. This is noteworthy because it will force Eichel to quarantine if and when he does return to the Sabres, but it also indicates to me that he was not confident in the assessment made by the doctor's that were provided to him by the Buffalo Sabres.

I do wonder if this latest prognosis comes as a result of his efforts to seek that second opinion.

The NHL approuves draft lottery changes : only the top 2 spots will be determine by draw!
Subscibe to
Our NEWSLETTER
Receive the best articles of the web directly in your email