NHL News : The latest on the rumored split between Mike Sullivan and the Penguins.

NHL insider on the recent rumors. 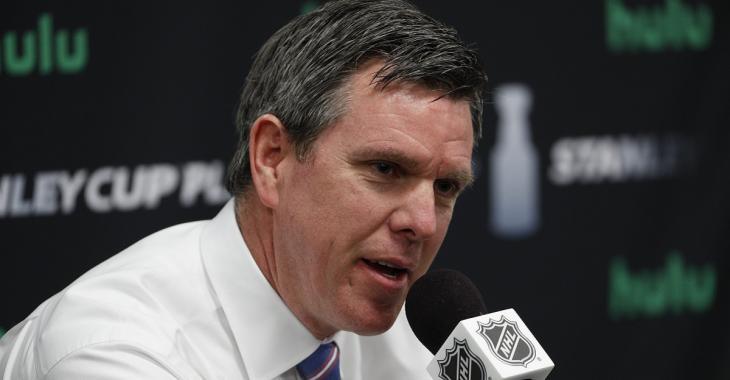 The Pittsburgh Penguins have been under the guidance of head coach Mike Sullivan for quite some time now and, although fans may not be entirely enamored with the results he has produced with his team in recent years, there's no doubt that his tenure with the team has been a successful one.

For that reason it came as a surprise to many last week when rumors of a potential split between Sullivan and the Penguins began to pop up around the National Hockey League, although with new management in place in the former of general manager Ron Hextall and President of Hockey Operations Brian Burke it did somewhat make sense.

On Saturday night however NHL insider Elliotte Friedman appeared to throw cold water on those rumors when he indicated that they were either grossly exaggerated or simply just entirely unrealistic.

"Yeah, Mike Sullivan," began Friedman during his weekly Headlines segment on Hockey Night in Canada. "There's been some rumors here and there or questions like 'Could he leave?' or 'Could Pittsburgh decide to go somewhere else?' I don't think that's gonna happen. He's a heck of a coach and he's under contract for three more years, I would expect him to be back behind the bench in Pittsburgh."

Although the Penguins have dealt with a number of disappointing first round playoff exits in recent years, including a disappointing 7 game series against the New York Islanders this season that once again saw them make an early playoff exit, the reality remains that he has been a very successful coach for the franchise in general. The two Stanley Cup Championships that he has captured with the team have no doubt bought him considerable leeway with Penguins ownership and if Friedman is to be believed it sounds like he won't be going anywhere in the foreseeable future.