NHL News : The latest on Jonathan Drouin is terrible news for the Canadiens. 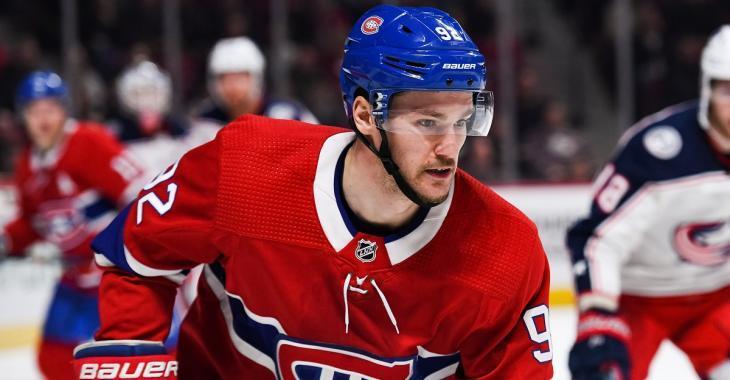 At the end of April of this year the Montreal Canadiens made a stunning announcement when they revealed that forward Jonathan Drouin would be taking an extended leave of absence from the team for what they described as "personal reasons." There has been much speculation as to why Drouin left the team at a crucial time during their drive to a spot in the Stanley Cup playoffs, but even a month later none of that speculation has materialized into an actual report on why one of the Canadiens' top forwards has been removed from the lineup.

It has been a source of much frustration for fans of the franchise, many of whom still wish Drouin had never been acquired in the much maligned trade that sent defenseman Mikhail Sergachev to the Tampa Bay Lightning, and on Friday Canadiens insider Eric Engels dropped a huge update that will likely serve to further inflame the frustrations of that fan base.

Engels is now reporting that the 26 year old former first round draft pick (3rd overall) at the 2013 NHL Entry Draft is "not expected" to return at any point during the Habs upcoming run in the Stanley Cup playoffs. This is of course a terrible development for the Canadiens who could very much use Drouin in their offense, especially when you consider the fact that they will be facing a high powered Toronto Maple Leafs' offense in the first round of those playoffs. The Leafs largely dominated Canada's North Division this season, cruising to a first place finish in the division in spite of the best efforts of the Edmonton Oilers, and it would have been an uphill climb for the Canadiens to emerge victorious in this series even with Drouin healthy and in the lineup.

Although he was not having a great campaign by any stretch of the imagination, Drouin had 2 goals and 21 assists for 23 total points over his 44 games played this season, Drouin was an important cog in the Habs offense. I believe that at this point it is fair to wonder whether or not Drouin may have played his last game for the franchise, especially when you consider the tremendous amount of pressure and media scrutiny he would likely be put under should he return from his rather mysterious absence. If the Canadiens fail to advance no doubt a fair amount of the blame will be placed at the feet of Drouin himself, something that will only add to the already huge amount of pressure he deals with on a regular basis as a francophone player in Montreal's rabid hockey market.