NHL News : The idea of trading for Eichel by breaking the rules comes up on social media!

This would be a tough blow for the Sabres, but what a great plan! 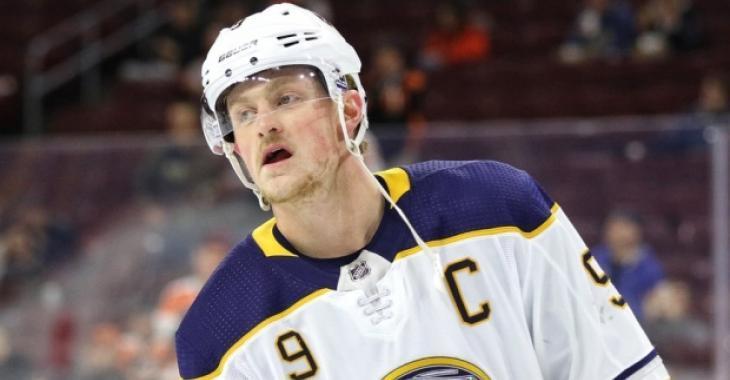 On Friday, the Tampa Bay Lightning came under fire as its general manager Julien BriseBois announced that announced that they would have forward Nikita Kucherov back for the postseason, making him their trade deadline addition. BriseBois explained how he would not shop ahead of April 12th since he is getting Kucherov back. For those you need a memory refresh, Kucherov underwent hip surgery in December and was ruled out for the regular season. Before the season kicked off, Kucherov’s injury allowed Tampa Bay to stash his $9.5-million cap hit on the long-term injured reserve, freeing up room to make some crucial offseason signings. The Bolts would be roughly $10 million over the $81.5 million cap if the Russian sniper was on the roster at the moment. But here’s how they’re getting away with it: there’s no salary cap in the playoffs.

This angered a lot of fans, pundits and experts and one fan, who knows his hockey game, suggested an evil idea that one NHL team should do ahead of the postseason.

He proposes that one team acquires forward Jack Eichel from the Buffalo Sabres if he is placed on the long-term injury reserve and later activates him to have him on board for the playoffs.

You gotta love the creativity here!

Eichel, who was in the midst of a 13-game scoring drought with just two goals this season, had posted an assist in each of his last four games played before suffering the injury.

There are rumours that the captain could finally want out of Buffalo. Last week, Sportsnet’s Elliotte Friedman reported that the Sabres will need to make tough decisions in the near future. Eichel is still seeking the thrill of the postseason after six years in the NHL and Friedman explained that Sabres general manager Kevyn Adams has scenarios ready for whatever comes at them : whether the teams moves on with Eichel or without.

Buffalo is in jeopardy of extending its playoff drought to an NHL-record matching 10th season. And if a team with no money left can get their hands on an Eichel on LTIR and then activated for the postseason - that would be the move of the decade!