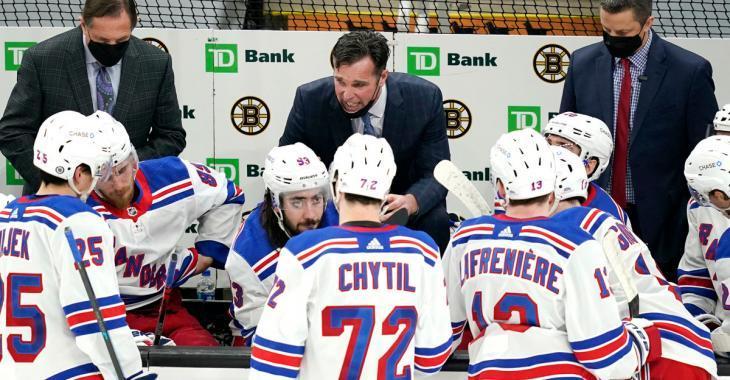 The team has just announced that its entire coaching staff is unavailable for tonight’s game against the Philadelphia Flyers because of COVID-19 protocols. That includes head coach David Quinn and his assistant coaches Jacques Martin, David Oliver, and Greg Brown. It is believed to be as precaution.

Fans have strongly reacted to this, wondering why the game isn't getting postponed. If the coach is added to the COVID-19 protocol list, wouldn't the entire roster need to be as well?

The league will have to add the entire Blue Shirts' coaching staff now. What a blow!

It remains unclear when coach Quinn and the rest of his staff will be able to rejoin the team.

The New Jersey Devils unveil their new captain.
Subscibe to
Our NEWSLETTER
Receive the best articles of the web directly in your email