NHL News : Teams reaching to Seattle Kraken ahead of the trade deadline!

No players?! No problem! 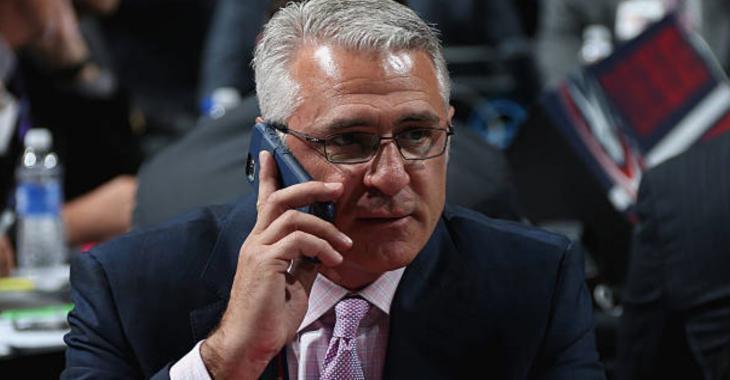 The April 12 trade deadline is just around the corner and the phones are ringing all across the National Hockey League… even in Seattle!

On Tuesday night, Pierre LeBrun revealed how the Seattle Kraken has become a factor into this year’s trade deadline. Here is how he explained it in the latest’s edition of Insider Trading on TSN:

“Ron Francis, for a guy that doesn’t have any players to put out there himself, is getting more and more calls, from what I’m being told, from teams around the league who are trying to feel him out and say: “Listen, if I make this trade, what would it take from you, that I don’t lose this fourth defenseman, for example.” And those are the types of conversations that teams are having with Ron Francis. And what I’m told is the price is pretty high. In some cases, it’s a first and a prospect is what Ron Francis is saying. That’s scaring off teams from trading for another player.

Remember, at the trade deadline in 2017, there was an “understanding” between Pittsburgh and Vegas on Marc-Andre Fleury. It didn’t come out that day, it came out in June. But that day, and Jim Rutherford conforms this, the understanding was that Fleury was going to be taken in the expansion draft. Pittsburgh was also going to send a second-round pick.

George McPhee and Jim Rutherford had a verbal agreement. Nothing official. Seattle is allowed to do that leading up to the deadline if it wants. But of course, it also doesn’t have to, so it adds a bit of intrigue.”

This is interesting and brings potential trades to another level : one more could shock us ahead of the deadline, one that no one has yet considered…

We cannot wait what the trade deadline has in store for fans, especially with the Kraken getting involved!

Senators hugely criticized for putting $5M in the stands on opening night!
Subscibe to
Our NEWSLETTER
Receive the best articles of the web directly in your email