Imminent trade in the works? 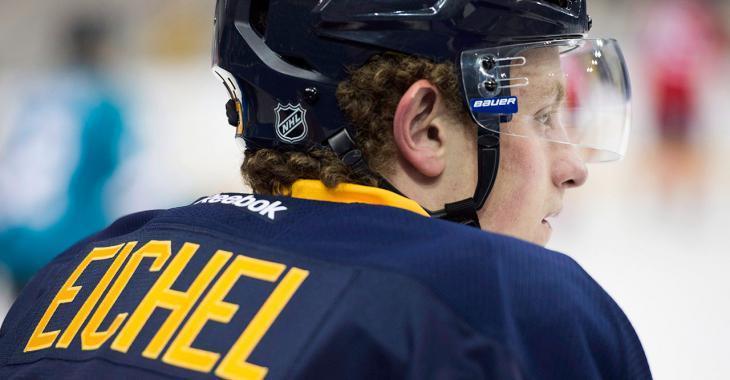 More updates are coming in on the Jack Eichel situation in Buffalo as things are getting messier for the Sabres. And the line is getting busier as it is believed that teams are already calling general manager Kevyn Adams to ask about the price on his captain.

According to TSN’s Darren Dreger, there have been initial conversations about Eichel and other players available for trade that will increase ahead of next month’s NHL Entry Draft.

We all know there is no fairytale at the moment in Buffalo. At the end of the Sabres’ season earlier this month, Eichel met with media and appeared to hint more than once at a much-needed change of scenery for the future.

Back in May, Sportsnet’s Elliotte Friedman reported that  Adams had confirmed that the Sabres are still not comfortable with Eichel’s process. He even added: “Whatever Eichel decides to do it’s going to be in conjunction with the next team that acquires him.”

Eichel played his last game of the campaign for the league-worst Sabres on March 7 before being ruled out for the remainder due to his neck injury. It just feels like Eichel, who has served as Sabres captain since 2018-19 and has spent his entire six-year career with Buffalo, will be wearing a different uniform next season.

Other Sabres players have also been mentioned in trade chatter: forward Sam Reinhart, a restricted free agent, and defenseman Rasmus Ristolainen. It also remains to be seen what the Sabres will do with the hefty contracts of Jeff Skinner ($9 million annual average value through 2026-27) and Kyle Okposo ($6 million AAV through 2022-23).

The phone must be ringing off the hook in Buffalo!