Now the question is... who do they pick? 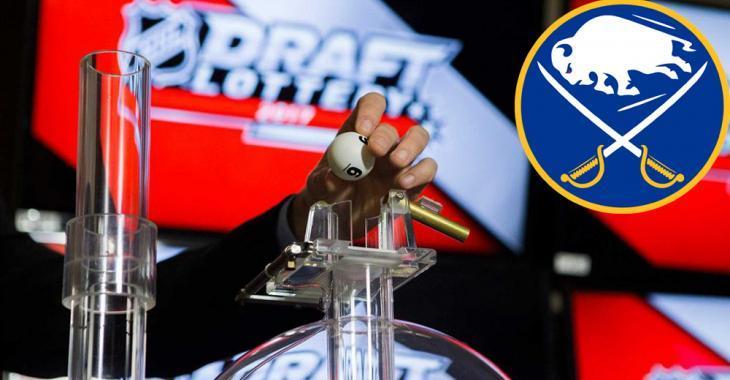 The NHL held its annual draft lottery this evening, with the Buffalo Sabres winning the rights to the 1st overall draft pick. The lottery, a weighted system that enables non-playoff teams to move up or down the rankings, is essentially a contest for the 1st overall pick.

The expansion Seattle Kraken moved up from the 3rd spot to the 2nd spot in the draft, passing the Anaheim Ducks. The Sabres remained in top spot, with the rest of the field remaining in their original positions, as well.

Here's how the draft order will play out:

Owen Power, Matthew Beniers and Kent Johnson a trio of Michigan NCAA players are believed to all be in the mix for the 1st overall selection. But, of course, with the COVID-19 pandemic this year ravaging the junior and college ranks this season, it'll be difficult to get a gauge on this year's 1st overall pick. There's no consensus #1 pick this season as there has been in past seasons with Alexis Lafrieniere, Auston Matthews, Connor McDavid, etc. Still, there are a number of talented players in this year's draft, namely some talented defencemen.

Standing 6'6" tall and weighing 215 pounds at just 18 years old, Power is a strong candidate for the 1st overall selection. The Mississauga, Ont native put up 16 points in 26 games with Michigan in the NCAA in his freshman season. More than that though, he plays a strong defensive game and isn't afraid to throw his weight around. Frankly, he'd be a perfect fit with a young Sabres team.

"The first round of this draft class is a strong class which includes a blend of elite forwards and defensemen, but the strength of this year's draft is likely with defense," Director of NHL Central Scouting Dan Marr said. "While this position often requires significant development time and experience, this class has a talented mix of many types of defensemen available which will give many NHL clubs an opportunity to stock up at this position."

Another intriguing defenceman is Luke Hughes, younger brother of Vancouver Canucks blueliner Quinn Hughes and New Jersey Devils forward Jack Hughes. The youngest Hughes has the size and bite to his game that his older brothers don't quite possess, but he's got their skill in spades. It's unlikely that Luke is available to the Canucks at 9th overall, but there's a chance the Devils can lay claim to him at 4th overall.

Blackhawks in on Jack Eichel trade, but the price is high.
Subscibe to
Our NEWSLETTER
Receive the best articles of the web directly in your email