And just like that the fate of the entire World Juniors Championships is up in the air. 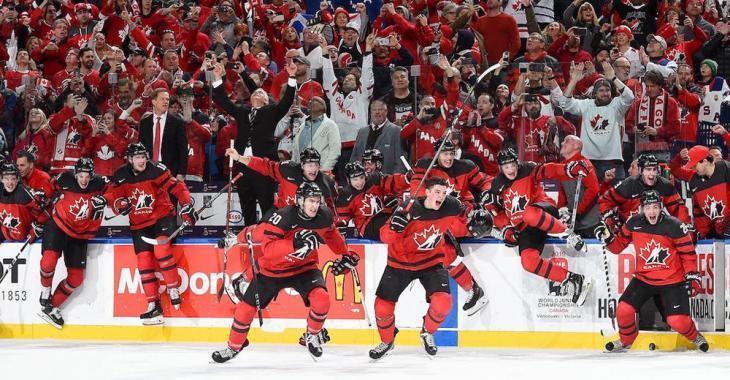 Earlier this week Hockey Canada announced that Team Canada's World Junior Selection Camp practices have been postponed after two players have tested positive for COVID-19. The hockey association confirmed the news via Twitter and issued the following statement:

“Hockey Canada confirmed earlier today that two players at Canada’s National Junior Team Sport Chek Selection Camp have tested positive for COVID-19, and have been placed in quarantine at the team hotel in Red Deer.

Upon learning of the positive test this morning, the decision was made to postpone the Red-White game scheduled for this morning at the Westerner Park Centrium, and to suspend all camp activities for today. As per Hockey Canada’s safety protocols, all players, coaches and staff members took mandatory COVID-19 tests upon arrival at camp and have continued to be tested regularly throughout the past ten days. For precautionary reasons, we will also ensure that all players and team personnel go through an additional test before resuming camp activities. The appropriate local and provincial health authorities have been made aware of the situation, and we will continue to work closely with Alberta Health Services. We will have no further comment at this time.”

For more information on Hockey Canada and Canada’s National Junior Team, please visit HockeyCanada.ca, or follow along through social media on Facebook and Twitter and Twitter.com/HC_WJC.

Now, just two days later the entire team has been forced into a 14 day quarantine. This according to a report from TSN reporter Ryan Rishaug.

Suffice it to say that this is NOT good news for anyone. The World Junior Championships is set to begin one month today.

Between this news and news that both the Vegas Golden Knights and Columbus Blue Jackets rosters have suffered outbreaks of COVID-19, it seems that the virus has finally rocked the hockey world. Sure, there have been isolated cases amongst NHL players in the past 5 months, but nothing like we've seen in the past 24 hours. Frankly, I'll be surprised if the NHL can keep its January 1st, 2021 target date for the start of the 2021 season.

Matthews absolutely rocks Foligno in practice, both players shaken up
Subscibe to
Our NEWSLETTER
Receive the best articles of the web directly in your email