When it rains, it pours in Buffalo… 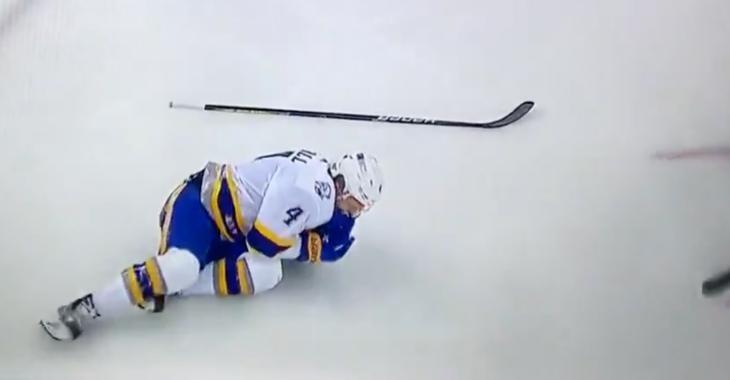 However, a huge obstacle has arisen for the Sabres as star player Taylor Hall took a brutal slap shot to the face in the first period of the game. Defenseman Colin Miller snapped the puck hard from the blue line and it ended up on Hall’s face.

That has to motivate the Sabres to win this one, no?