Taylor Hall will be on the highlight reels for a while after this one! 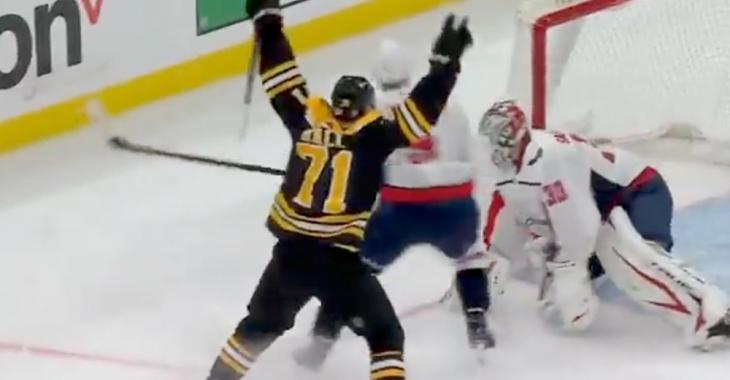 Taylor Hall certainly has come a long way this season after starting the 2020-21 NHL season in purgatory, otherwise known as Buffalo.

He was dealt to the Boston Bruins at this year's Trade Deadline, and immediately meshed with his new teammates after a less-than-pedestrian tenure with the Sabres. He'd finish with eight goals after his acquisition by the Bruins, and is already paying dividends for them in the playoffs.

He's found himself on the highlight reel after scoring an insane spin-o-rama goal tonight against the Washington Capitals in Game 3 of their Round 1 series of the Stanley Cup Playoffs that would make Denis Savard proud.

It was Hall's second goal of the playoffs, and it knotted up the score at 1-1 after Alexander Ovechkin broke the ice for the Capitals earlier in the period.

Corey Perry confirms he has spoken to John Tavares.
Subscibe to
Our NEWSLETTER
Receive the best articles of the web directly in your email