NHL News : Taylor Hall appears to be done in Buffalo 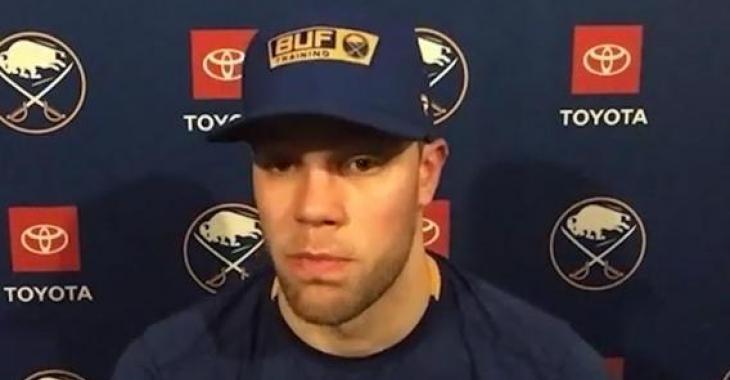 The Buffalo Sabres have made it to a new low, losing agains on Thursday night at the hands of the Pittsburgh Penguins: their 16-game losing streak is the longest in the salary cap era.

There is no doubt that they’ll - once again - be out of the playoff picture and we expect general manager Kevyn Adams to sell off some priced trade chips ahead of the April 12 deadline.

One player that is looking for a chance to compete some more in the postseason is Taylor Hall, and while he mentioned several times in the past months that he’d be willing to sign an extension in Buffalo once his one-year, $8 million deal comes to an end, it sounds now like he’s changed his mind.

After last night loss, Hall revealed he would for sure listen if approached by GM Adams that another team is interested in trading for him before the deadline.

For sure! Are we surprised?

Hall been in the league over a decade now and suited up in a mere 14 playoff games. He wants more before his game declines - more than it already has. He has just two goals and 15 assists through 32 games in his first season in Buffalo.

On Thursday, Elliotte Friedman explained how he does not believe the Sabres will demand a first-round pick in return for Hall, who commanded that much and more when he was traded from the New Jersey Devils to the Arizona Coyotes in 2019. He therefore becomes more affordable for many contenders out there.

On Friday, TSN's Pierre LeBrun mentioned that a first-round pick was the initial asking price for Hall, but could be tough to get in this buyer's market.

When GM Adams signed him to his one-year contract, he was hopeful Hall was there to stay for much longer.

“We believe in Taylor as a player and a person, and we hope this turns into a long-term relationship for both sides that works,” Adams said back in October. “We’ll see where that goes.”

And well, it sounds more will it is Hall that will go - and it will be on the trade block in the coming weeks.

On Friday, the Sabres traded Hall's teammate Eric Staal to the Montreal Canadiens in exchange for 3rd and 5th round picks in the 2021 NHL Draft.