This certainly won't go over well with Montreal fans who are already furious with Tampa. 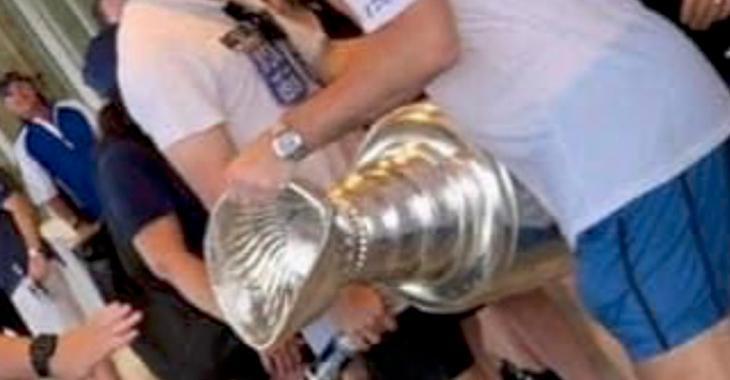 Well, this certainly won't go over well with Montreal Canadiens fans who are still seething at the Tampa Bay Lightning fully embracing the role of villain at their expense.

During their Stanley Cup celebrations, the legendary trophy sustained some significant damage, with the bowl being noticeably dent:

Of course, this isn't the first time that the Cup has required some work being done. It sustained damage after a night of partying with Edmonton Oilers forward Mark Messier following one of Edmonton's five championship seasons. Guy Carbonneau tried to emulate Mario Lemieux by throwing the Cup off his deck and into his swimming pool following the Dallas Stars' victory in 1999, only to have the Cup deflect off the concrete. And we can't forget Detroit Red Wings defenseman Brett Lebda dropping the Cup during a celebration at teammate Chris Chelios' eponymous bar in downtown Detroit.

That's not the end of the damage the Cup has suffered over the years, but you get the idea.

As stated, this certainly will not go over well with Habs fans (and plenty of hockey fans everywhere) who have already had to see not only their championship aspirations end in a rather fast five game series, but to watch Russian sniper Nikita Kucherov troll the ever-loving humanity out of them shortly after the Cup win last week.

The Lightning are having an absolute blast right now, and they know that Montreal fans are watching. Denting the Stanley Cup is only the latest way the Lightning have broken their hearts.