The Lightning continued to pour salt in the wounds of Habs fans. 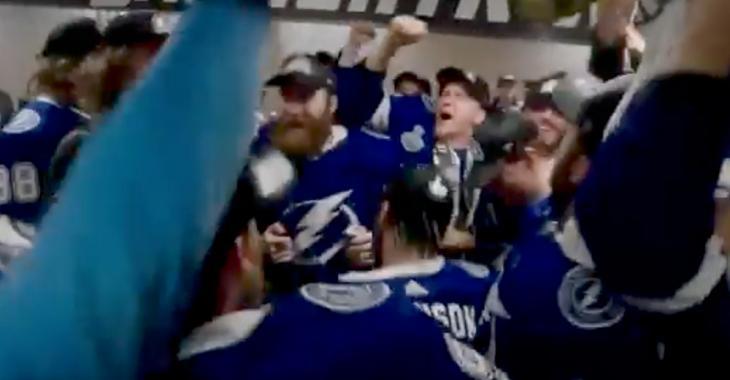 It hasn't exactly been the greatest of weeks for fans of the Montreal Canadiens, who have already had to see not only their championship aspirations end in a rather fast five game series, but to watch Russian sniper Nikita Kucherov troll the ever-loving humanity out of them shortly after the Cup win last week.

And now, Twitter video has captured yet another moment that's sure to pour a truckload of salt into the wounds of Habs fans.

During the raucous and booze-fueled locker room celebrations a week ago, Lightning players all immediately broke out into a rendition of ""Olé, Olé, Olé", which is a favorite of Habs fans to sing both at Bell Centre and on the road:

As the popular meme from The Simpsons declared - "Stop, stop! They're already dead!"

Mike Babcock gets roasted after Jason Spezza’s hat trick!
Subscibe to
Our NEWSLETTER
Receive the best articles of the web directly in your email