NHL News : Sweden at risk of forfeiting World Juniors due to outbreak of positive tests

Including the team's entire coaching staff! 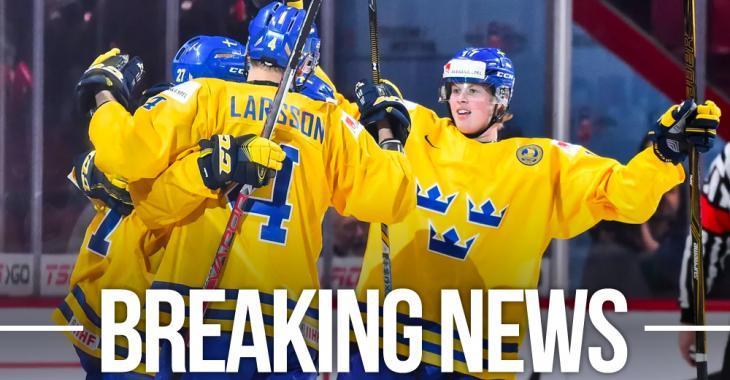 According to a report from Swedish reporter Uffe Bodin, team Sweden is at serious risk of having to forfeit the upcoming World Junior Championships due to a COVID-19 outbreak amongst the team's coaching staff. Literally four of five Swedish coaches have tested positive and the team has been forced to call up a coach from their U18 team to help fill a role.

When asked by a fan if Sweden may need to forfeit the tournament, Bodin replied, "they need more coaches to make it work, that's for sure."

UPDATE: The team has now issued a statement in Swedish.

Check it out (translated to English)"

Players and leaders in the Junior Crowns were tested on Sunday 6 December before the trip to Sundsvall. Nizze Landén was tested negative on both speed tests and pcr tests that were done on Sunday. On Tuesday, a quick test was taken where Landén showed a positive answer and at the same time, according to the test schedule, a pcr test was done which today shows a positive result. Landén was isolated immediately after the answer to the quick test on Tuesday.

We had an urgent need to supplement our management staff even before this announcement, so we are in a serious situation in terms of the rules set for the tournament. We have a dialogue with the International Federation and will now update them on our situation to see what alternatives we have. It will be clear to everyone that we are in a very tough situation based on our ability to call in new leaders, says Secretary General Johan Stark.

Anyone out there know Swedish? Having your coaching certification up to date? You might be candidate #1 for a new head coaching job with one of the world's hockey super powers.