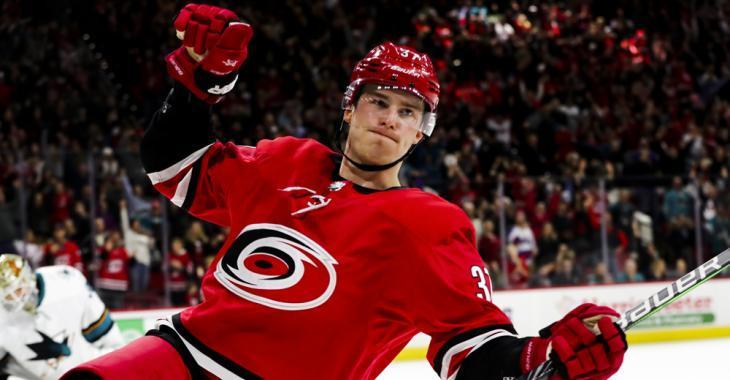 This just in, the Carolina Hurricanes have signed forward Andrei Svechnikov to an eight year contract worth a reported $7.75 million per season.

The 21 year old former 2nd overall pick (2018 NHL Entry Draft) put up 15 goals and 42 points in 55 games for the 'Canes last season and he has all the makings of a superstar in waiting. The kid can skate like the wind, he can put up points and he plays a complete 200 foot defensive game. To me, his contract will be an absolute steal a season or two from now and I can see us all looking at his contract as one of the best in the NHL.

With both him and Sebastian Aho inked long term the Hurricanes have their dynamic one/two punch for at least the next half decade.

"Andrei is one of the cornerstones of this organization, and we are thrilled to reach a long-term commitment to keep him here," President and general manager Don Waddell said in a statement. "He is one of the brightest rising stars in our sport, and will play a key role in our efforts to bring the Stanley Cup to the Triangle this decade."