NHL News : Subban and Vonn get drilled on social media after breakup 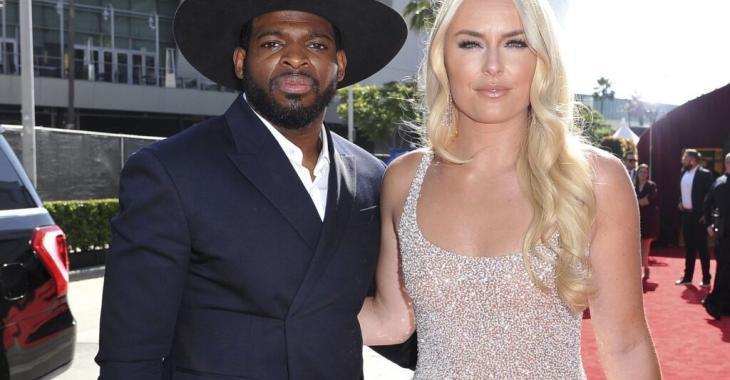 On Tuesday evening, New Jersey Devils defenseman P.K. Subban and Olympic skiing champion Lindsey Vonn have announced that they have split. They shared the news on their respective social media accounts. They used the same picture and posted similar captions.

“Lindsey is one of the most kind and caring people I know. I will always treasure our time as a couple together and the many laughs we shared.

After much consideration, we have decided to move forward separately. We will always remain friends and love each other immensely. We ask that you respect our privacy during this time.”

It did not take long for fans and pundits to react to his post, most of them wondering why in the heck he would demand privacy when he is the one who made the relationship a public spectacle and is now pleading  for privacy.

He removed all comments from the post, making it private yet on a very public platform. However, that did not stop fans from commenting the breakup on Twitter and Facebook, with brutal comments on Vonn.

"She seems toxic as f*ck anyway,” said one fan.

“I watched a GQ interview with them both and she was a b*tch to him. Maybe he’ll unleash the [former team] Montreal [Canadiens] PK now.”

While we did report the news yesterday because of Subban and his training camp with the Devils starting shortly for, let’s hope, a better season in New Jersey, we never thought the announcement would get so much attention.

However it isn’t all good attention with the brutal comments we see on Subban and Vonn’s broken engagement.

The secrets behind the NHL team logos.
Subscibe to
Our NEWSLETTER
Receive the best articles of the web directly in your email