What is going on with the Senators now…? 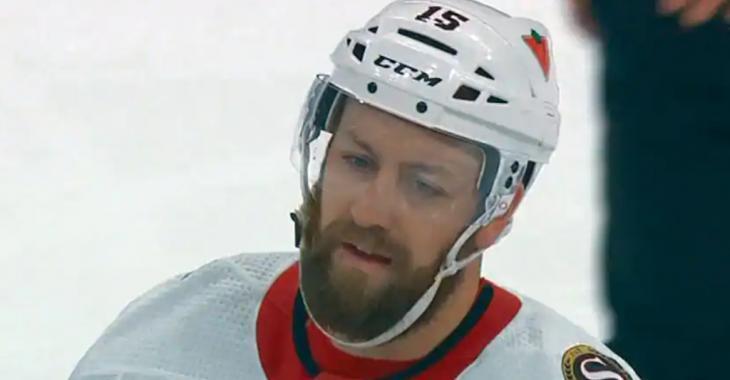 On Friday, the Ottawa Senators announced that forwards Derek Stepan and Logan Brown will be sporting new numbers on their backs when they face the Montreal Canadiens on Saturday. Stepan has changed from No. 15 to No. 21, which Brown had been sporting, and the 22-year-old will now be No. 27.

No real reason was given by the team, no explanation to why numbers were getting swapped a month into the 2021 season. Stepan did sport the number 21 with both the Aziona Coyotes and the New York Rangers in his 11-year career.

However, fans were quick to point out the rumours that Stepan could be on his way out of Ottawa. He was acquired by the Senators in December from the Coyotes for a second-round pick. There have been talks that he could be on the move again, as insider Nick Kypreos reported that a trade involving Stepan could take place shortly.

It is hard to follow the Senators at this point and it looks like their management staff is taking stock of their assets already. To be fair though, the Sens are a young team and no one really expected them to be competitive this season… it’s just that nobody expected them to be THIS bad. If either Matt Murray or Marcus Hogberg could make a save though, things could improve.

Stepan is a guy who went on a couple deep runs, including a Stanley Cup Final, during his time with the Rangers and now he’s bounced around between two rebuilding franchises in the Coyotes and the Senators. This season, he has put one goal and three points in 10 games with the Senators.

Will his old number get him back on track or out the door?