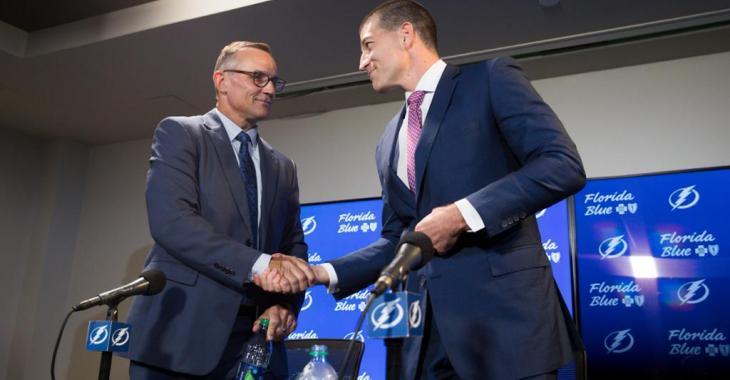 It’s always good to stay on good terms with your former employer. That’s one thing Detroit Red Wings general manager Steve Yzerman does well, which allowed him once again to pull a trade with the Tampa Bay Lightning.

The Red Wings have acquired center Mitchell Stephens from Tampa Bay in exchange for Detroit’s sixth round pick in the 2022 NHL entry draft.

This is a good move by Yzerman seeing that Stephens has a lot of potential to boost offense up front, but was just buried in the Bolts’ depth chart in Tampa Bay.

In 45 NHL games, Stephens has tallied three goals and seven points. All 45 career games were played in a Lightning’s uniform.

He was selected in the second round, 33rd overall by the Bolts back in 2015. Yzerman was part of the team at the moment, and so, it feels like he knows exactly what he is getting.

Flashback: Henrik Lundqvist writes letter to younger self
Subscibe to
Our NEWSLETTER
Receive the best articles of the web directly in your email