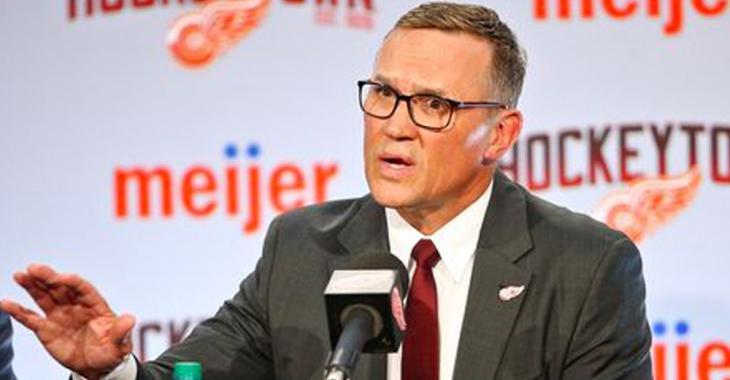 Earlier this mont TSN hockey insider Darren Dreger reported that the NHL is currently considering three options for holding the 2021 and 2022 NHL Entry Drafts, including one option that could see the two drafts essentially rolled into one.

"The general managers are in favour of moving the draft," reported Dreger. Now there's three scenarios that are being discussed in terms of internally by the National Hockey League. One of them is just maintaining status quo. Host the draft in July no matter what the playing status is of this year's draft eligible players. Another one push the draft until December/January, buy some time to scout players, but this is not a preferred option by the clubs. The third option, suggested last week, is move the 2021 Draft schedule forward to July in the summer of 2022 and host back to back drafts."

TSN ran this graphic to break things down:

Interesting. I have to say, if those are the only choices, man oh man do I feel bad for these young kids hoping to get drafted and play in the NHL. Imagine working your whole life to achieve your dreams and be one of the best in the world at your sport and then when your chance to finally hit the big times comes you get blindsided by something completely out of your control. And not just you, but the entire sport gets blindsided.

In any event, if there's going to be no proper CHL (WHL, OHL, QMJHL) season and if NCAA hockey and European leagues continue their stop/start campaigns I don't see how their can be a fair draft this upcoming summer. There simply isn't any way, literally, to scout draft eligible players. It would turn the NHL Entry Draft into a bit of a mockery given that it's essentially a crap shoot. Here's hoping that these junior, college and pro European leagues are able to provide scouts and talent evaluators with enough games to watch from this season. If it's not possible though, let's do the smart thing and kick the can down the road until the next summer.

Or... here's my crazy idea: Eliminate the 2021 NHL Entry Draft entirely. Then in summer 2022 at the 2022 NHL Entry Draft you draft from that same 2021 eligible group. The players are now 19 years old in most cases, as opposed to 18 years old. From there on out, you keep the draft age at 19 permanently. Essentially leap frog the entire draft process ahead a year. Any scout will tell you just how difficult it is to project a pro from just 18 years old. An extra year of physical and mental maturity though can do wonders for a young hockey player. Thoughts?

Crosby gets compared to Wilson after wrestling Konecny to the ice

Habs sign Jake Evans to a new 3 year deal.
Subscibe to
Our NEWSLETTER
Receive the best articles of the web directly in your email