This is a controversial decision in Detroit. 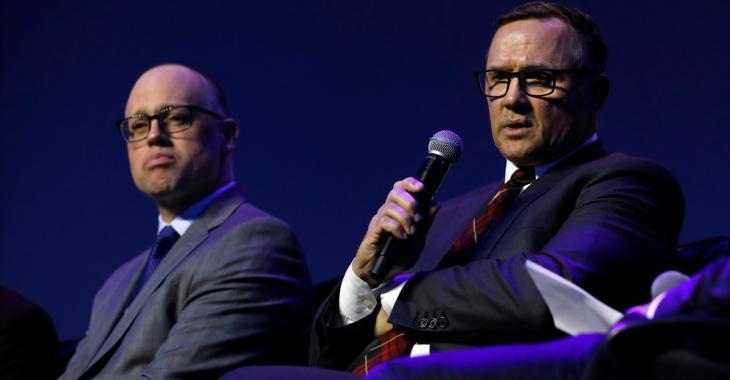 Earlier on Tuesday, the Detroit Red Wings signed head coach Jeff Blashill to a contract extension. The decision wasn’t unanimous amongst the passionate fanbase, who believed this could be the end of the road for Blashill, who has been head coach in Detroit since 2015, making him the third-longest tenured bench boss in the league.

Ever since Blashill has taken over the bench in Detroit, the Red Wings have undergone a complete roster overhaul as well as significant management changes in the front office. He has taken the Wings to the postseason just once, in his first season as head coach. The team hasn’t clinched a playoff spot since.

General manager Steve Yzerman explained the move later on Tuesday. He might have felt the need to do so with fans’ reactions to the signing. Here is what Yzerman had to say, per insider Helene St. James:

“I feel our team is collectively very competitive … we play hard. That’s a reflection of the coaching staff.”

He also added that he has noticed growth of young players in extending Jeff Blashill as coach of Red Wings: “I see progress is being made.”

We get the sense that the Wings will continue to shape the young squad with Blashill still in position. Let’s hope they get better results next season after another poor campaign in the standings this year.

Wild sign Eriksson Ek to monster 8-year contract!
Subscibe to
Our NEWSLETTER
Receive the best articles of the web directly in your email