Love him or hate him, Steve Simmons knows how to fire up a crowd of people. 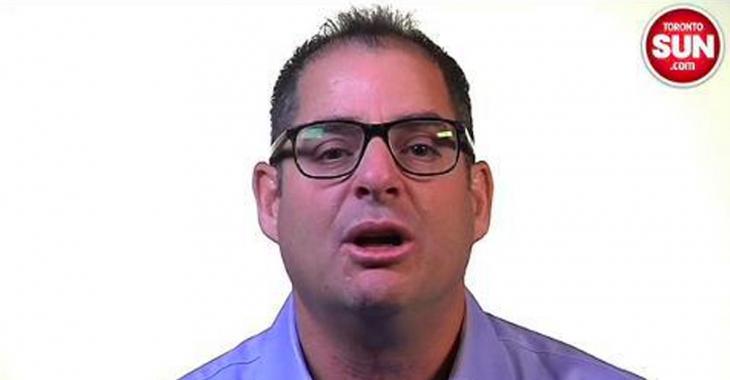 Simmons, of course, has found himself in the middle of some pretty notable public controversies during his career. From making up a story about Phil Kessel and a fictional hot dog vendor to outing Auston Matthews' COVID-19 diagnosis, it's fair to say that Simmons doesn't always cast himself as a journalist with the utmost of integrity. Well... get ready for it because Simmons has yet again put his foot in his mouth yet again.

With the hot take to end all hot takes, Simmons claims the 1st place Toronto Maple Leafs have "no hope" because Willliam Nylander is... a piece of IKEA furniture? To be honest, I'm not sure exactly what Simmons' take is here besides that he immediately thinks of IKEA whenever discussing a Swedish player. He's a real deep thinker, this Simmons guy...

In all seriousness though, in his latest column for The Sun titled "SIMMONS: No second-line production? No real hope for the Maple Leafs" argues that the Nylander's lack of grit will ultimately be the Leafs' undoing this season.

William Nylander is like buying furniture from IKEA with the instructions somehow missing from the package. You know you have all the parts — you see them in front of you — you just have no real idea of how to put it all together.

Nylander doesn’t spend very much time in the places where Matthews and Marner score. He doesn’t shoot much despite his incredible wrist shot. He rarely, if ever, skates at full speed — and he has dazzling speed. He just dances in the corner, along the boards, behind the net, cycling, showing off his skills and leaving his coaches frustrated with his inability to turn skill into scoring.

Clunky boomer humour aside, Simmons actually does make a coherent point. Nylander doesn't play the way Auston Matthews or Mitch Marner play. But if the worst thing you can say about a guy is that he literally isn't Auston Matthews... well, that's a bit of a silly takedown. The fact of the matter is that Nylander has 12 points in 16 games and is absolutely part of the reason the Leafs have been so good this season. Just because Nylander dogs it on the back check sometimes or looks a bit lazy on his line changes, doesn't mean he's a bad hockey player. It does, however, mean that Simmons is a bad talent evaluator and, frankly, not very good at his job.

Canada gives official green light for all 7 teams to play at home!
Subscibe to
Our NEWSLETTER
Receive the best articles of the web directly in your email